China has relaxed its family planning policy to allow couples to have three children after a census showed its population was rapidly ageing, state media reported, in an attempt to boost the birth rate in the world’s most populous nation.

For nearly 40 years, China enforced a controversial “one-child policy” – one of the strictest family planning regulations anywhere in the world. It was first relaxed in 2016 with the “two-child policy” due to widespread concerns about an ageing workforce and economic stagnation.

Despite government efforts to encourage couples to have children, China’s annual births have continued to decline, falling to a record low of 12 million in 2020, the National Bureau of Statistics said last month.

That threatens a demographic crisis – too few people of working age to support the expected hundreds of millions of elderly citizens by 2050 – that has alarmed the ruling Communist Party, headed by President Xi Jinping.

“To actively respond to the ageing of the population … a couple can have three children,” Xinhua said, citing a Monday meeting of China’s elite Politburo leadership committee hosted by President Xi.

China’s fertility rate stands at 1.3 – below the level needed to maintain a stable population, the National Bureau of Statistics revealed.

The once-in-a-decade 2020 census results published last month also showed that China’s population grew at its slowest rate since the 1960s, reaching 1.41 billion, while the number of people of working age dropped sharply.

Leaders also agreed China needs to raise its retirement age to keep more people in the workforce and improve pension and health services for the elderly, Xinhua said.

Al Jazeera’s Katrina Yu, reporting from Beijing, said the release of the census data forced the hand of authorities.

“If things stay the same, China is heading for a looming demographic crisis. This has been on the minds of analysts and experts when it comes to China’s population for decades. And that’s why we did see the 2016 change allowing couples to have two children.

“But it seems the two-child policy has failed to produce the result the Chinese government was hoping for,” Yu said.

China’s gender balance has also been skewed by decades of the one-child policy, and a traditional social preference for boys which prompted a generation of sex-selective abortions and abandoned baby girls.

Amnesty International said the state should not be involved in people’s personal decisions.

“Governments have no business regulating how many people children have,” Joshua Rosenzweig, the head of Amnesty’s China team, said in a statement. “Rather than ‘optimizing’ its birth policy, China should respect people’s life choices and end any invasive and punitive controls over people’s family planning decisions.”

Although the policy has been relaxed in the last few years, this has not prompted the baby boom policymakers had hoped for.

Couples say they are put off by the high costs of raising a child, demanding jobs and the need to look after elderly parents.

Comments on social media on Monday complained the change does nothing to help young parents with medical bills, low incomes and gruelling work schedules known popularly as “996,” or 9am to 9pm six days a week.

“Every stage of the problem hasn’t been solved,” said a post on the popular Sina Weibo blog service signed Tchaikovsky. “Who will raise the baby? Do you have time? I go out early and get back late. Kids don’t know what their parents look like.” 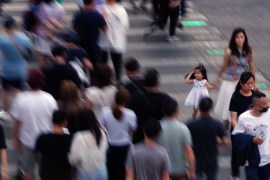 China’s population inc­reased 5.38 percent to 1.41 billion in 2020, according to results from an official census. 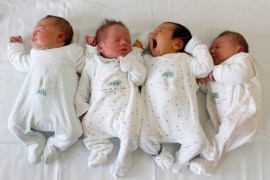 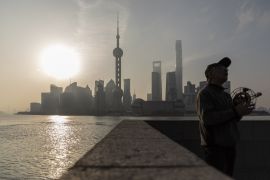 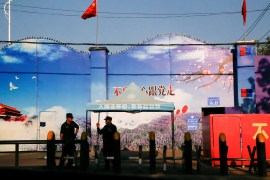