Israel’s governmental watchdog agency has announced it will launch a probe into the deadly stampede at a religious festival over the weekend that left 45 people dead.

At least 16 children and teens were among those crushed to death in the early hours of Friday morning, a tragedy described as Israel’s worst peacetime disaster.

Tens of thousands had packed a site at Mount Meron in northern Israel for the annual pilgrimage to the tomb of reputed second-century rabbi Shimon Bar Yochai, coinciding with the Lag BaOmer holiday.

The tragedy “could have been prevented, and we must now determine how,” State Comptroller Matanyahu Englman told journalists at a news conference in Jerusalem on Monday, as he announced a “special audit” into the stampede.

Englman said his report would focus on the actions of decision-makers, police and rescuers in the field. It was not immediately clear whether his announcement would end calls for an independent investigation.

Englman is seen as close to Prime Minister Benjamin Netanyahu, who relies on the political support of ultra-Orthodox parties and whose government has come under fire for allowing the mass gathering. Englman said he has had no contact with Netanyahu recently.

The state comptroller’s office, under one of Englman’s predecessors, had issued reports in 2008 and 2011 warning against the dangers to pilgrims at the Mount Meron site.

“The tomb of Rabbi Shimon Bar Yochai is not prepared properly to take in tens and hundreds of thousands of people who arrive for mass events,” the 2008 report had said.

The later document said maintenance at the site was limited and numerous, illegally built additions “were likely to endanger” people inside.

The stampede in the male section of the gender-divided site is believed to have started as people moved through a narrow passageway that became a deadly choke point.

Some blamed police for blocking access to a ramp that could have allowed pilgrims to escape.

Officials had authorised 10,000 pilgrims to attend this year, but several Israeli media outlets reported that 100,000 people showed up at Mount Meron.

Those killed were men and boys from the country’s large ultra-Orthodox community. The Magen David Adom rescue agency said 120 people were also injured.

The tragedy brought renewed attention to Israel’s ultra-Orthodox community, where many have flouted coronavirus restrictions over the past year and some leaders refuse to acknowledge the authority of the state.

According to Israeli reports, ultra-Orthodox leaders put heavy pressure on the government to allow last week’s celebration to take place without any restrictions.

Netanyahu pledged a full probe, but several people including the defence minister, Benny Gantz, have demanded a state commission of inquiry, Israel’s highest level of investigation.

Police chief for northern Israel Shimon Lavi said he was prepared to accept “responsibility”, while Public Security Minister Amir Ohana, a close Netanyahu ally, said he was willing to face an inquiry.

“I’m responsible, but responsibility does not mean guilt,” Ohana said.

On Monday one of the last victims, a 21-year-old Talmudic school student originally from Argentina, was laid to rest at a Jerusalem cemetery packed with hundreds of mourners, Israeli media reported.

The funerals and the identification of the dead had started hours after the tragedy on Friday but paused for the Sabbath, resuming when the Jewish day of rest ended at sundown on Saturday. 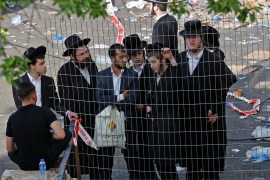 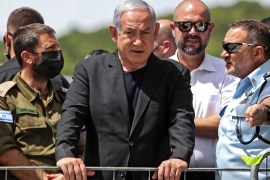 Israeli PM calls for day of mourning on Sunday as he announces investigation into the stampede that killed 45 people. 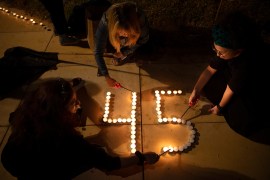 At least 45 people were crushed to death on Friday during a stampede at an ultra-Orthodox faith event.