The awards, which recognise excellence in digital journalism and innovation, were announced during a virtual ceremony webcast from London.

AJ Contrast, Al Jazeera’s immersive storytelling and media innovation studio, led the wins, earning top prize in the Editorial Innovation of the Year category for Still Here, the virtual and augmented reality installation that premiered at the 2020 Sundance Film Festival.

Created in partnership with the Women’s Prison Association in New York City, the installation-cum-web experience explores the impact of incarceration and gentrification on Black women in the US – one of the groups most affected by disproportionate rates of incarceration.

The immersive experience brings into relief the steep challenges facing these women after years spent in the New York correctional system, from reuniting with their families to finding work and finding a place for themselves on the growing number of city blocks where affluent white people have increasingly displaced Black residents who have lived there for generations.

News and current affairs podcast, The Take also earned a “highly commended” in the Editorial Team of the Year category for its award-winning coverage of global news.

Al Jazeera English’s Ali Rae also earned a “highly commended” for All Hail the Lockdown, which she produces and hosts.

Al Jazeera Arabic’s online site, Arabic Net, also received a “highly commended” in the Online Commentary and Blogging category for The Egypt they Detest, which exposes widespread discrimination and classism in Egyptian society.

“In these challenging times, where we’ve seen freedoms we once took for granted greatly curtailed, these wins reveal the growing reach of our digital footprint,” said Al Jazeera’s director of Digital Innovation and Programmes, Carlos van Meek. “I’m grateful to see that our hard work is being recognised.”

The winners were selected from a diverse pool of competitors including Bloomberg, Reuters, Channel 4, ITV News, Wired, CNN International, BBC Arabic, BBC World Service, Middle East Eye, Ruptly and many others across a wide range of online and broadcast outlets. 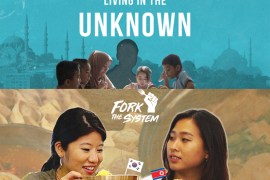 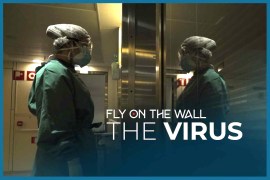 Al Jazeera Digital’s The Virus wins at the AIB awards 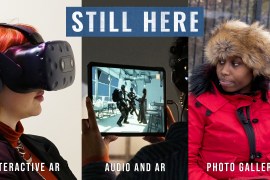