The appeal was against an Israeli court verdict in 2020, which okayed the expulsion of seven Palestinian families in order for Jewish settlers to move into the predominantly Arab district – part of the Israeli policy to build settler homes in occupied East Jerusalem, which is seen by Palestinians as their future capital.

“This policy of forcible expulsion has been going on for decades to push out the Palestinians in neighbourhoods in occupied East Jerusalem [to make way for] settlers…” said Al Jazeera’s Hoda Abdel-Hamid, speaking outside the Israeli magistrate court in Salahadin Street in East Jerusalem, where dozens of Palestinians had gathered to protest.

Heavily armed Israeli forces were also present in front of the court. At least one Palestinian, Qutaiba Odeh, was arrested at the protest. Odeh, a father of three who lives in the al-Bustan area in Silwan, has a demolishing order on his house.

“The Israel magistrate court decided to expel us for the interest of the settlers who are supported by Ateret Cohanim, a settlement organisation whose main job is to replace Palestinians with Jews,” Kayed al-Rajabi, head of one of the affected families, told Al Jazeera.

“We were displaced from our houses in the Old City of Jerusalem in 1965 and now they want to displace us again.”

Al-Rajabi said the settlers claim his neighbourhood was owned by Yemeni Jews.

“If that’s true and they want to take their houses back, then we also want to get our houses in the Old City back,” he said.

Silwan, home to about 33,000 Palestinians, is located outside the walls of the Old City and barely 5km (2.4 miles) from Sheikh Jarrah neighourhood in occupied East Jerusalem, where protests against planned expulsions led to Israeli violence against Palestinians and the 11-day war on Gaza.

Since the 1980s, Israel has been moving Jewish settlers to the neighbourhood, and currently several hundred settlers live there in heavily protected settlement compounds, at the expense of Palestinian families who were forcibly displaced.

According to Amnesty International, Ateret Cohanim has been seeking – with the support of Israeli authorities – to expel some 100 Palestinian families from the Batn al-Hawa area in Silwan, claiming the land is rightfully owned by a Jewish trust active in the area more than 100 years ago.

And while Israeli law allows for property to be transferred to Jews, it denies the same right to Palestinians who were dispossessed of their property following the establishment of the state in 1948.

“The Israelis keep saying they own properties and lands,” said Umm Raed, a Palestinian woman from Silwan’s Batn al-Hawa. She is among those who had appealed against the forced displacement.

“My family and I have lived all our lives in this house,” she continued. “We don’t have any other place to go to and we will be left in the streets. The settler attacks and Israeli police harassment never stop. We are staying and will continue struggling until we get our rights.”

Amnesty International’s deputy director for the Middle East and North Africa, Saleh Higazi said the situation is another example of Israel’s “criminal policy of forced displacement of Palestinians”.

“For years Israel has sought to expand illegal settlements in the area of Silwan, forcibly displacing more than 200 Palestinians from their homes,” Hijazi said.

“By continuing to pursue this court case – after the outcry over the planned expulsions in Sheikh Jarrah in occupied East Jerusalem – Israel is fanning the flames of the latest surge in violence and perpetuating the same systematic human rights violations against Palestinians that are at the root of the latest violence.”

The Silwan expulsions are similar to the pending ones against Palestinian families in Sheikh Jarrah, the flashpoint which resulted in daily sit-ins that were violently put down by Israeli security forces, who closed the street where the Palestinians facing expulsion live.

The UN’s Office for the Coordination of Humanitarian Affairs (OCHA) said the pending expulsions are part of Israeli legislation, including specific laws that facilitate the takeover of properties for the establishment of Israeli settlements considered illegal under international law.

A follow-up survey in 2020 revealed that at least 218 Palestinian households in East Jerusalem had eviction cases filed against them, the majority initiated by settler organisations, placing 970 people, including 424 children, at risk of displacement.

“The majority of new cases were identified in the Batn al-Hawa area of Silwan, which remains the community with the highest number of people at risk of displacement, due to ongoing eviction cases,” OCHA said in a statement.

Silwan activist Fakri Abu Diab told Al Jazeera that in the absence of any action from the international community and rights groups, he believes the settlers will eventually move in as the court will delay the verdict for a few weeks.

“Our lives in Silwan are hell,” he said. “There’s shooting every night, and homes indiscriminately targeted. Boys arrested. We are living on the edge not knowing when we will lose our homes.” 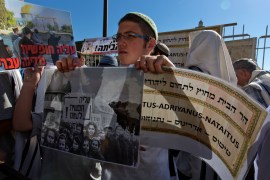 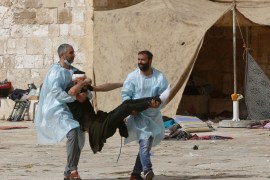 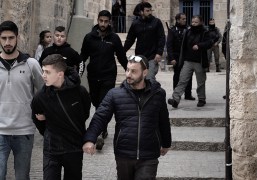