Colombian leader Ivan Duque, who has faced widespread anti-government protests in recent weeks, has become the country’s most unpopular president ever, according to a new poll.

A telephone survey of 1,200 people by Invamer pollster found that 76 percent of respondents disapproved of the right-wing politician’s performance as president – compared with 59 percent in February.

The dismal rating on Tuesday beat the previous record of 74-percent disapproval set by conservative Andres Pastrana, who was president from 1998 to 2002 and led failed peace negotiations with leftist fighters.

Duque’s popularity has plummeted since social unrest broke out at the end of April, initially over a now-abandoned tax reform plan.

The protesters’ demands have since expanded to include the withdrawal of proposed health reform, an end to widespread violence in the country, and steps to address economic inequality.

Crackdowns by security forces have left dozens of people dead, although the exact toll remains unclear. Officially, 43 people have died in clashes since the anti-government demonstrations started.

The Invamer survey also indicated that 89 percent of Colombians support the protests rocking the country, and 56 percent had a negative opinion of the police.

However, 60 percent rejected the roadblocks set up by some protesters, while 61 percent agreed with the deployment of the military to combat vandalism.

The crackdowns on protests have garnered international condemnation, although Duque has blamed armed groups for much of the violence.

“We need more gestures, we need more empathy and more humility, and for the state to recognise: ‘Look, we committed abuses’,” Santos told W Radio. 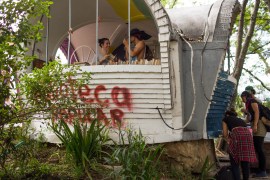 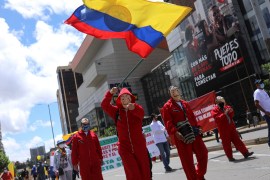 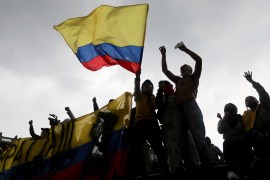