Minneapolis, Minnesota, US – “It has been a long year. It has been a painful year. It has been very frustrating for me and my family, for your life to change within a blink of an eye,” Bridgett Floyd, the sister of George Floyd, said Sunday at a rally here before the first anniversary of her brother’s murder under the knee of ex-police officer Derek Chauvin.

As activists prepare for a celebration of Floyd’s life at the intersection that now bears his name — George Floyd Square — where he took his last breath a year ago, on Tuesday, members of Floyd’s family will head to the White House to meet President Joe Biden. While moves to change the ways communities in Minneapolis and across the nation are policed, residents and activists say it has not been enough.

After Chauvin was convicted of murder on April 20, Vice President Kamala Harris said, “We feel a sigh of relief. Still, it cannot take away the pain. A measure of justice isn’t the same as equal justice. This verdict brings us a step closer. And, the fact is, we still have work to do,” adding that “we must still reform the system.”

Biden joined her in urging Congress to pass the George Floyd Justice in Policing Act, a bill drafted by members of the Congressional Black Caucus that is intended to end the use of chokeholds, no-knock warrants, legal immunity for police, and the militarisation of police departments.

Biden asked Congress to pass the Act before Tuesday’s anniversary, but that is unlikely as the bill is stalled in the divided US Senate. Democratic Senator Cory Booker said “meaningful progress” has been made, yet no deal has been reached yet and the bill remains in limbo.

On the local level, it is much the same.

Since Floyd’s death, there have been three central proposals to reform the police in Minneapolis. First, the Minneapolis City Council has proposed creating a public safety department with the goal of getting it on the ballot during the city’s election in November. A petition for the creation of a public safety department spearheaded by Yes 4 Minneapolis, a political committee, recently submitted thousands of more signatures than required in hopes of also getting their efforts before voters later this year.

Finally, another petition that seeks to create a Civilian Police Accountability Commission led by Twin Cities Coalition for Justice for Jamar, an organisation formed after Jamar Clark was shot by Minneapolis police in 2015, is also being readied for a vote, but organisers are hoping that it will eventually qualify for a special election as they are unlikely to meet the deadlines for the upcoming November election. Because Minneapolis’s city charter requires a police department and changing it requires approval from voters, all routes to police reform are through the ballot box.

While legislative changes make their way through the system, little has changed on the ground.

“Sadly, we’re not where we should be,” Michelle Gross, the head of Communities United Against Police Brutality (CUAPB), told Al Jazeera. “Here in Minneapolis and in the State of Minnesota, we haven’t been able to get any kind of meaningful police reform legislation passed at all. There’s nothing that’s changed that would prevent another George Floyd incident from occurring again.”

Much like on the national level, a $2.7bn omnibus bill intended to address public safety through police reforms and increased accountability passed the Democrat-led Minnesota House of Representatives in April but has since been stalled in the Republican-controlled Minnesota State Senate.

“I see other states ending qualified immunity and other things that would meaningfully address [police killings] and I don’t see that happening here and that frustrates me,” Gross said, referring to a legal defence that shields police from certain lawsuits.

She believes that Floyd’s death would have gone largely unnoticed had it not been for the bystander video taken by Darnella Frazier. Without it, “a year out at this point, his family would probably just be starting to find out what happened to him had there not been a bystander video”.

When it comes to George Floyd Square itself, despite Minneapolis Mayor Jacob Frey’s commitments to reopen the intersection to traffic earlier this year, local activists say they will not agree to a reopening until their demands — which include investing $156m into community services over the next 10 years and recalling Hennepin County Attorney Mike Freeman — are met.

One place where changes have taken place, and taken place rapidly, has been in the Minneapolis suburb of Brooklyn Center where Daunte Wright was shot by ex-Brooklyn Center Police Officer Kim Potter on April 11. Potter has since been charged with second-degree manslaughter and Minnesota Attorney Keith Ellison has taken over the case’s prosecution.

After Wright was shot, Gross says that Brooklyn Center Mayor Michael Elliott, a Black man, reached out to her and other community groups. Along with the ACLU and others, Elliott introduced the resolution (PDF) in early May and the Brooklyn Center City Council passed it the following week.

Changes include increasing independent oversight of the police department, prohibiting arrests for low-level offences, dispatching members of an unarmed civilian Traffic Enforcement Department to address minor traffic violations, and ultimately creating a new department to oversee public safety. “They’re going to create their own 911 call centre, so there’s a bit of infrastructure … so that’s probably going to take six to nine months, but the rest should be fairly easy to put together,” Gross says.

“[It] will establish a new north star for our community, one that will keep all of us safe,” said Mayor Mike Elliott, according to the Star Tribune newspaper. “It says that we, as your elected leaders, are committing ourselves. And that you can hold us accountable for achieving those goals.” 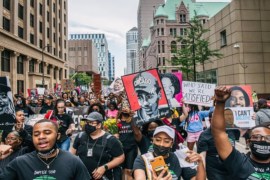 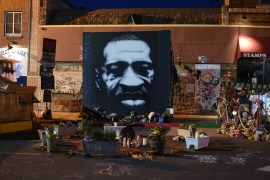 Floyd’s killing on May 25 last year sparked mass protests and calls for end to police violence against Black people.