Two-time Olympic wrestling medallist Sushil Kumar, wanted in connection with the murder of a former junior national wrestling champion, has been arrested by the Delhi Police in the Indian capital New Delhi.

The 37-year-old had been on the run since 23-year-old Sagar Dhankhar was beaten to death on May 4.

A Delhi court on Tuesday rejected a bid by his lawyers to prevent his arrest and Kumar was presented before a city court on Sunday, the police said.

Kumar, who had also won a world title and Commonwealth Games golds, was present when former junior national champion Dhankad was beaten to death at New Delhi’s Chhatrasal Stadium in a clash between rival wrestlers, according to the police.

Police had carried out raids in the Delhi region and offered a $1,350 reward leading to the capture of Kumar, who won a freestyle wrestling silver medal at the 2012 London Olympics and a bronze at the Beijing Games four years earlier.

“We have recorded statements of all the victims and they all made allegations against Sushil Kumar,” senior police officer Guriqbal Singh Sidhu told Indian media on Tuesday.

Kumar’s lawyers went to court Tuesday to seek anticipatory bail in the case but it was refused because of the gravity of the allegations.

Dhankad, son of a Delhi police officer, died from his injuries the day after the fight. Another wrestler is under treatment and has identified the alleged attackers, police said.

Just weeks from the scheduled start of the Tokyo Olympics, the Wrestling Federation of India said the sport’s reputation has been tarnished by the case.

“I must say that the image of Indian wrestling has been hurt badly by this,” WFI secretary Vinod Tomar told reporters.

Tomar said wrestling had been battling to improve its image to battle the idea of “wrestlers … known only as a bunch of goons”.

The case is the second scandal to hit Indian wrestling in months.

A coach, Sukhwinder Mor, is awaiting trial for the murder of five people, including a rival coach, in February.

Kumar was the first Indian to win two individual Olympic medals and also the first in more than five decades to get a wrestling medal.

His success inspired a generation of Indian wrestlers, including Yogeshwar Dutt and the Phogat sisters.

While still active in the sport, Kumar had not qualified for the Tokyo Games where India had hopes of winning four medals. 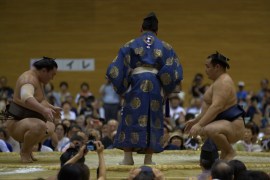 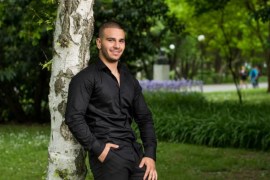 How a Syrian Bulgarian wrestler became a ‘terror’ suspect

Bulgarian authorities accuse Mohammed Abdulqader of fighting in Syria based on photos. His family says he is innocent. 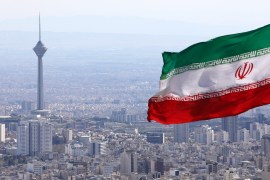 Afkari was accused of stabbing and killing a man in the southern city of Shiraz in 2018.