A ceasefire between Israel and Hamas has held into a third day as mediators spoke to all sides about extending the period of calm after the worst outbreak of fighting in years, which saw at least 248 Palestinians, including 66 children, killed by Israeli bombing.

Egyptian mediators have been shuttling between Israel and the Gaza Strip, which is ruled by Hamas, to try to sustain the ceasefire and have also met Palestinian Authority President Mahmoud Abbas in the occupied West Bank.

On Sunday, in a badly damaged district of Gaza City, volunteers swept up clouds of dust at the feet of collapsed buildings, while others shovelled debris onto the back of a donkey-drawn cart.

Lynn Hastings, the United Nations humanitarian coordinator for the Palestinian territories, said on Sunday the UN would launch an appeal to repair the damage in the densely populated besieged Gaza Strip, where there is a threat of COVID-19 spreading further.

“The escalation has exacerbated an already dire humanitarian situation in Gaza, generated by nearly 14 years of blockade and internal political divisions, alongside recurrent hostilities,” Hastings said in a statement issued from the besieged enclave.

“We must also ensure support to continue addressing needs that already existed, including those arising from the ongoing pandemic.”

Ceasefire to a lasting calm

An Israeli police crackdown on worshippers at the Al-Aqsa Mosque compound during the Muslim holy month of Ramadan and the threat of forced expulsions of Palestinians from their homes in East Jerusalem had ignited protests across the occupied Palestinian territories, which were cracked down by Israeli police as well.

Wherever you go there’s destruction in Gaza. And yet I didn’t reach the most affect areas! #Gaza pic.twitter.com/NkKjOqEWUi

Hamas, the group that controls the Gaza Strip, issued Israel a deadline to halt the crackdowns. The deadline passed unheeded, resulting in Hamas firing rockets towards Israel, and Israel launching an intensive bombing campaign on Gaza.

Israel has blockaded Gaza since 2007, saying this was to prevent Hamas from bringing in arms.

US Secretary of State Antony Blinken, speaking before an imminent trip to the region, reaffirmed Washington’s support for a two-state solution so Israelis and Palestinians can live “with equal measures of security, of peace and dignity”.

But in an interview with the ABC news programme, This Week, he reiterated that the US remained committed to “giving Israel the means to defend itself“.

Jordan’s King Abdullah, meanwhile, stressed the importance of translating the Gaza ceasefire into an extended truce and said there was no alternative to a two-state solution between Israel and the Palestinians.

King Abdullah called for “stepping up Arab and international efforts to translate the ceasefire into an extended truce to push for a political solution that fulfils the legitimate rights of Palestinians”, the royal court wrote on Twitter.

Gaza has entered its third day of the ceasefire, but we can confirm it is not a truce yet.
1- The only individual and commercial crossings of Gaza are still closed
2- and there is a full ban on fishing
3- 3 electricity hours/ day.
4-no seem progress in negotiation 🤦🏻‍♀️

Authorities on Saturday started distributing tents and mattresses in the Gaza Strip, as OCHA said at least 6,000 people had been made homeless by the bombardment.

Palestinian officials have estimated reconstruction costs in the territory at tens of millions of dollars.

Sitting drinking coffee under an olive tree near his destroyed house in Gaza, Abou Yahya was furious.

“If I had 50 sons, I would tell them to go and fight Israel,” he said. An Israeli air attack hit his home last week, reducing it to rubble, and he has pledged to sleep on top of the debris. 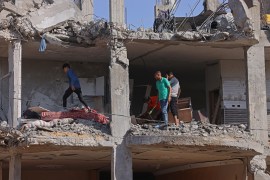 US committed to ‘giving Israel means to defend itself’: Blinken

US secretary of state’s comments follow pressure and criticism from progressive lawmakers over arms deals with Israel. 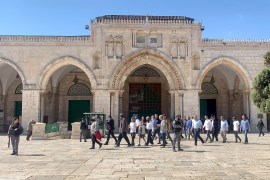 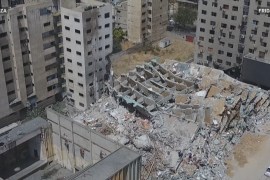 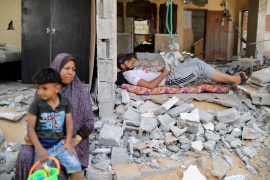