After 11 days of Israeli bombardment of the Gaza Strip killed more than 200 Palestinians, injured nearly 2,000, and left the territory in ruins, Joe Biden “commended” Israeli Prime Minister Benjamin Netanyahu for “the decision to bring the current hostilities to a close”.

But despite that pressure, Biden stayed on message in his first comments since a ceasefire was announced on Thursday, once more emphasising that “the United States fully supports Israel’s right to defend itself against indiscriminate rocket attacks”.

Now, as Palestinians in Gaza – living under a brutal blockade in one of the most densely populated places on earth – try to rebuild, experts say the Biden administration is hoping the Israel-Palestine issue will once again fall onto the back burner of US foreign policy priorities.

“When Biden came into office the issue of Israel-Palestine was nowhere on the agenda. He assumed like many other people that the conflict really didn’t matter, it wasn’t an issue, [that] Israel can basically continue to do what it’s doing, and we don’t need to pay attention to this,” Nader Hashemi, director of the Center for Middle East Studies at the University of Denver, told Al Jazeera in an interview before the ceasefire was reached.

“Of course, the big question here is what happens the day after? What’s Biden’s plan? There’s zero plan.”

When Israel’s military launched attacks on Gaza on May 10, an issue the Biden administration had hoped to “de-prioritise” amid other, more pressing topics – COVID-19 recovery, racial justice, Iran talks – was thrust into the international spotlight.

For days, the US president and his top officials reaffirmed Israel’s “right to defend itself” while placing the blame squarely on Hamas, which had fired a barrage of rockets towards Israel. The Palestinian faction, which governs Gaza, said it began firing in response to Israeli attacks on Palestinians in occupied East Jerusalem.

As the Palestinian death toll mounted, and Israel’s bombardment destroyed buildings across the territory – including a tower housing the media offices of Al Jazeera and The Associated Press – calls for action, especially from the Biden administration, grew louder. Thousands of people rallied in cities across the US demanding an end to Israel’s attacks and US legislators spoke out against what they saw as complicit silence from Biden, a longtime Israel defender.

Today the President spoke with Israeli Prime Minister Netanyahu, reaffirmed his strong support for Israel’s right to defend itself against rocket attacks from Hamas and other terrorist groups in Gaza, and condemned these indiscriminate attacks against Israel. pic.twitter.com/baHWh1b6Q2

Biden administration officials had insisted they were working behind the scenes to end the violence. But the US also blocked several attempts by the United Nations Security Council to release a statement demanding a ceasefire. And, during the Gaza attacks, The Washington Post reported that the Biden administration planned to sell $735m in weapons to the Israelis, in addition to the $3.8bn in military aid Washington gives to Israel every year.

“[US Secretary of State Antony Blinken] said that the strategy of the Biden administration is to make Israel feel more secure, more comfortable, in the hope that when it does then it will be willing to give concessions to the Palestinians and be a more reasonable peace partner,” Hashemi said.

“That all sounds nice and warm and fuzzy, but in fact, the record shows that it’s the exact opposite – that the more Israel is coddled, supported, sustained, the more belligerent and intransigent Israel becomes to making any concessions.”

On May 17, eight days into the Israeli offensive, Biden for the first time said he “expressed support for a ceasefire” in a phone call with Netanyahu. Biden then told Netanyahu on Wednesday that “he expected a significant de-escalation … on the path to a ceasefire”.

A day later, an end to the violence was announced; at least 232 Palestinians, including 65 children, had been killed and more than 1,500 wounded in Gaza, while tens of thousands of Palestinians were internally displaced. Twelve people, including two children, were killed in Israel.

“The Biden administration’s policies have been horrific and despicable, and make the United States 100 percent complicit in Israel’s massacres and atrocities against Palestinians,” said Josh Ruebner, an adjunct lecturer at the Georgetown University.

Ruebner told Al Jazeera that while it was positive the Biden administration eventually backed a ceasefire, “it wasn’t that they suddenly developed some type of moral backbone” but rather that it responded to political pressure on the US streets and from progressive Democrats.

“All of this political pressure is what has been effective in moving the Biden administration toward a better position, but that type of pressure needs to be kept up now so that there is accountability after the ceasefire,” he said, urging a US arms embargo on Israel and additional charges at the International Criminal Court (ICC).

Palestinian rights groups have urged an independent investigation into Israeli bombings in Gaza that flattened residential homes as well as targeted media organisations and journalists.

In the US, even before the Israeli offensive on Gaza began, lawmakers had begun to question annual US military assistance to Israel. But the vast majority of Congress members continue to support unconditional aid to Israel, and Biden insists the US-Israel relationship is iron-clad.

“It’s unconscionable that even as Israel uses US weapons to target children, journalists, medical workers and others, the US sends them more weapons to carry out such violence,” Khury Petersen-Smith, the Michael Ratner Middle East fellow at the Institute for Policy Studies think-tank, told Al Jazeera, about the sale.

Ruebner said “pressure emanating from Congress will continue to push the Biden administration in the way that it needs to go – despite where it wants to go” on Israel-Palestine policy. He cautioned though that the US may try to restart “peace talks” between Israelis and Palestinians, undercutting a groundswell of global Palestine solidarity.

Meanwhile, Palestine advocates are urging people to keep up the pressure – and to consider new tactics to defend Palestinian rights.

Mohammed el-Kurd, a Palestinian resident of the East Jerusalem neighbourhood of Sheikh Jarrah whose family is one of several facing forced displacement to make way for Jewish settlers, said earlier this month that government condemnation is not enough.

“I think it’s time for governments to sanction Israel,” el-Kurd said during a Middle East Institute panel discussion on May 10. “I don’t think it’s an outrageous request that Israel be sanctioned for the atrocities it has committed against Palestinians. I think that’s the next step.”

Yara Asi, a non-resident fellow at Arab Center Washington DC, also said the idea that things will “return to calm” after a ceasefire has been reached in Gaza, is dangerous since Israel’s oppression of Palestinians persists.

“In the [past US] statements, you’re hearing ‘a return to calm, a return to peace’ – but unfortunately it was not calm, and it was not peace. That’s not what we [Palestinians] want; we want liberation. We want human rights. We want full equality,” Asi told Al Jazeera.

“This always seems to get brought up again only when there’s images of terrible bombings and children on autopsy tables. If we don’t want to see those images, we have to stay engaged. We have to show that this is a global priority or it will go to the back burner.” 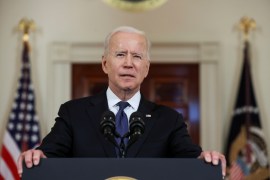 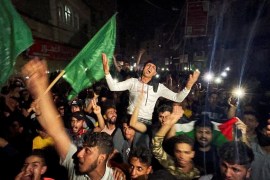 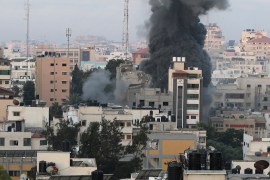 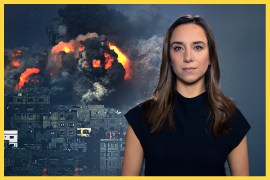 How did fighting between Israelis and Palestinians get so bad?