The head of UNICEF,  the United Nations children’s agency, has asked G7 countries to donate excess supplies of COVID-19 vaccines to the global COVAX sharing scheme as an emergency measure to address a severe shortfall following a curb on exports from India.

India had pledged supplies of the AstraZeneca vaccine produced by its Serum Institute to COVAX but a devastating surge in cases at home has restricted exports.

UNICEF, which is in charge of supplying coronavirus vaccines through COVAX, estimates the supply shortfall will reach 140 million doses by the end of May and about 190 million by the end of June.

“Sharing immediately available excess doses is a minimum, essential and emergency stop-gap measure, and it is needed right now,” said UNICEF Executive Director Henrietta Fore on Monday, adding that the move could help prevent vulnerable countries from becoming the next global hotspot.

Leaders of the G7 are due to meet in Britain next month. The United States and Canada, both members of the group, are among the countries that have authorised vaccines for those aged 12 and above in recent weeks.

Last week, the head of the World Health Organization (WHO) last week condemned the “moral catastrophe” of vaccine inequity, urging wealthy countries to donate doses rather than use them for children who are less vulnerable to severe disease.

Citing new research from scientific information and analytics company Airfinity, UNICEF’s Fore said that G7 countries could donate about 153 million doses if they shared only 20 percent of their available supply over June, July and August.

This could be done while still meeting commitments to vaccinate their own populations, she said without elaborating.

COVAX, run jointly by the WHO and the GAVI vaccine alliance, relies heavily on the AstraZeneca shot, which accounts for the bulk of the vaccines earmarked for early rollout as it seeks to provide two billion doses this year.

UNICEF said that other manufacturing limitations outside India had also slowed the supply of COVAX doses but those delays are expected to be resolved by the end of June. 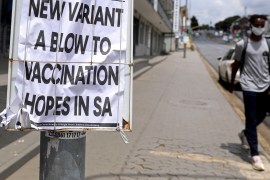 Africa ‘watching in horror’ as India’s vicious second COVID wave forces it to halt the export of vaccines. 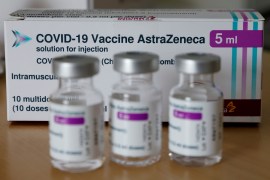 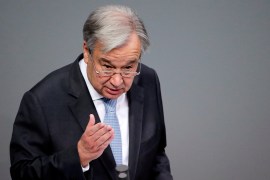 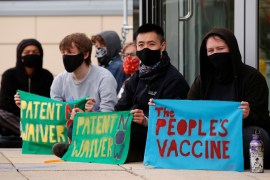 The US became one of the few Western countries to support waiving intellectual property for coronavirus vaccines.