Israeli Prime Minister Benjamin Netanyahu said the deadly bombing of the Gaza Strip would continue despite an international outcry and efforts to broker a ceasefire.

In a televised address on Sunday, Netanyahu said the Israeli air raids were continuing at “full-force” and would “take time”, adding that his country “wants to levy a heavy price” from Gaza’s Hamas rulers.

The violence marked the worst fighting since the devastating 2014 war in Gaza.

The air raids hit a busy downtown street of residential buildings and storefronts over the course of five minutes just after midnight, destroying two adjacent buildings and one about 50 metres down the road.

At one point, a rescuer shouted, “Can you hear me?” into a hole in the rubble. “Are you OK?” Minutes later, first responders pulled a survivor out and carried him off on an orange stretcher.

The Gaza Health Ministry said 16 women and 10 children were among those killed, with more than 50 people wounded, and rescue efforts were still under way.

Earlier, the Israeli military said it destroyed the home of Gaza’s top Hamas leader, Yahiyeh Sinwar, in a separate raid in the southern town of Khan Younis.

Israel appears to have stepped up air raids in recent days to inflict as much damage as possible on Hamas as international mediators work to end the fighting.

At least 192 people have been killed and 1,200 injured there so far, the Gaza Health Ministry said.

Rockets fired at Israel by Palestinian groups in Gaza, including Hamas and Islamic Jihad, have killed 10 Israelis.

Netanyahu rejected a barrage of criticism of Israel’s bombing of a high-rise building housing foreign media offices, including Al Jazeera’s, in Gaza.

Speaking to CBS’s Face the Nation, the prime minister claimed the building hosted an “intelligence office for the Palestinian terrorist organisation [Hamas]” which “plots and organises the terror attacks against Israeli civilians”.

He did not present any evidence of his claim but said it was “a perfectly legitimate target”, nonetheless. Asked if he had provided any evidence of Hamas presence in the building in a call with US President Joe Biden, Netanyahu said, “We pass it through our intelligence people.”

“We are targeting a terrorist organisation that is targeting our civilians and hiding behind them, using them as human shields,” he added.

The al-Jalaa tower, which also housed offices of the US news agency Associated Press (AP) and other outlets, was destroyed by an Israeli air force attack on Saturday.

The Foreign Press Association (FPA) in Israel and the Palestinian Territories had earlier questioned Israel’s commitment to a free press after the destruction of the building.

It said in a statement on that the decision to destroy the building during the fighting between Israel and Hamas “raises deeply worrying questions about Israel’s willingness to interfere with the freedom of the press to operate.”

“We note that Israel has not presented any evidence to support its claim the building was used by Hamas,” a letter from the association said.

The association said it had asked for a meeting with Israeli officials over the incident. The FPA says it has 480 members who work for international media.

The international non-governmental organisation Reporters Without Borders (RSF) also condemned the attack on the building, with executive director Christian Mihr saying that it hadn’t been justified no matter if Hamas was using it or not. 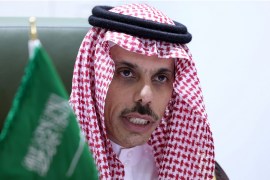 The kingdom’s foreign minister calls on the global community to act urgently to put an end to Israel’s attacks on Gaza. 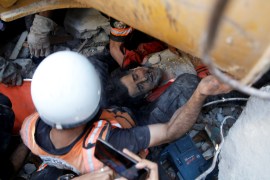 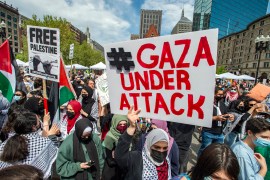 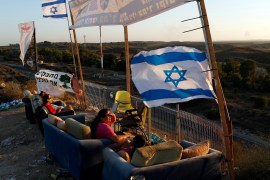