A Minnesota judge has delayed the trial of three former Minneapolis police officers charged with aiding and abetting in the death of George Floyd.

The officers, J Kueng, Tou Thao and Thomas Lane, had their trial date pushed to March 2022. It was previously scheduled for August 23.

The four officers together face federal charges they violated Floyd’s civil rights during the fatal arrest.

Judge Peter Cahill said the delay was given to allow for a federal case to play out.

The news came as lawyers for the three officers appeared in court to argue pre-trial motions, including a request that prosecutors be sanctioned over alleged leaks to the media that Chauvin had previously planned to plead guilty.

The former officers waived their right to appear at Thursday’s hearing.

Attorney General Keith Ellison, whose office is prosecuting the officers, has denied allegations over media leaks, calling them false.

Cahill ruled on Wednesday there were aggravating factors that would allow him to give Chauvin a longer sentence than those in state guidelines. His sentencing is scheduled for June 25.

Chauvin’s guilty verdict has given hope to police reform activists and politicians alike. Minneapolis is seeing a new federal investigation into police conduct in the city.

Politicians hope to pass the George Floyd Justice in Policing Act, which would institute reforms like the end of no-knock warrants, qualified immunity for police against civil lawsuits and put limits on police militarisation.

The act faces hurdles in the Senate, which is evenly divided between Republicans, who tend to be pro-police, and Democrats pushing for the reforms.

There have been bipartisan talks to advance the bill. The talks are lead by Democratic Senator Cory Booker and Republican Senator Tim Scott, the only Black Republican in the Senate.

Chauvin’s lawyer has requested a new trial, saying the former officer was not given a fair trial due to prosecutorial errors. 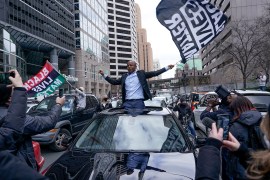 Race and policing in the aftermath of the George Floyd trial

The US is still a place where a routine traffic stop can end up in a life-or-death situation. 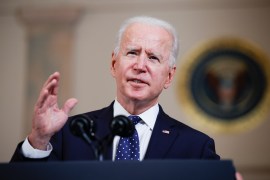 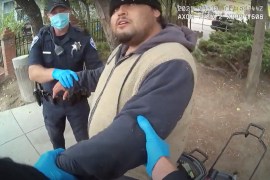 Police have released body cam footage showing Mario Gonzalez pinned to the ground by police before his death.