An escalation in the Israel-Palestine conflict, which has seen dozens killed in a matter of days, has prompted international concern and worries about the potential of an all-out war.

Israeli air raids on the besieged Gaza Strip and rocket fire from the enclave’s ruling Hamas group this week mark the biggest flare-up since the seven-week Israeli war on Gaza in 2014.

Israeli bombardment has killed at least 83 Palestinians in Gaza, including 17 children, since Monday, according to the coastal enclave’s health ministry.

Seven people have also been killed in Israel, which on Thursday accused Hamas of having launched more than 1,600 rockets.

The conflict has gripped the international news agenda and led to global calls for de-escalation.

It has also attracted the attention of leading public figures and celebrities, including the Palestinian-Dutch models Bella and Gigi Hadid, the singer Rihanna, Pakistani Nobel laureate Malala Yousafzai, and Israeli actress Gal Gadot.

Their comments were met with mixed reactions online, with many criticising Gadot for pushing Israeli “propaganda”, and some slamming Rihanna for taking an apparently neutral stance.

Here are some of those posts:

Bella Hadid, whose father is Palestinian, posted a message of support for Palestinians on her Instagram account, which at the time of publishing had been liked by more than one million users.

“Future generations will look back in disbelief and wonder how we allowed the Palestinian suffering to continue for so long. A human tragedy unfolding right in front of our eyes,” the 24-year-old’s post said.

“Politicians stutter neutral words in fear of being reprimanded, whilst the world remains silent to avoid offending the wrong people. History has taught us to speak up. You are on the right side or you are not. It’s that simple.”

One Twitter user commented, while sharing a screenshot of Hadid’s post: “Everyone should be speaking up about what’s happening in Palestine.”

Another said: “Miss Bella Hadid – one of the highest paid models can do posts and awareness on Palestine but ur fav Muslim influencers can’t because of a L’Oréal brand deal lol.”

“A Palestinian child should be sitting in a classroom, not in rubble,” Yousafzai, 23, wrote in a message accompanying her video.

“World leaders must act immediately to protect the human rights of Palestinians.”

A Palestinian child should be sitting in a classroom, not in rubble.

World leaders must act immediately to protect the human rights of Palestinians. pic.twitter.com/6BLQq58D4H

The British actor, Riz Ahmed, was among those who shared another of Yousafzai’s tweets, which contained a UNICEF report about the effect on Palestinian children.

The violence in Jerusalem – especially against children – is unbearable. This long conflict has cost many children their lives and their futures. Leaders must act immediately – there is no peace when children and civilians are not safe. #AlAqsa https://t.co/bLv3XyA1OV

The British musician, Zayn Malik, also shared a UNICEF report with his 31 million followers, informing them of the Palestinian children who have been killed in the conflict.

The American actress and activist, Susan Sarandon, has tweeted many times in support of Palestine.

In one post, she said: “Standing in solidarity with the Palestinian people who are facing ethnic cleansing and being terrorized at the hands of the Israeli government and Jewish settler organizations. THE WORLD IS WATCHING.”

Gal Gadot, who previously served in the Israeli army, said Israel was “at war”, adding it “deserves to live as a free and safe nation”.

“Our neighbors deserve the same,” the 36-year-old actor said in a message posted on Twitter.

“I pray for the victims and their families. I pray for this unimaginable hostility to end, I pray for our leaders to find the solution so we can live side by side in peace.”

Her comments drew a barrage of criticism.

Gigi and Bella Hadid really stole the spotlight while trying to raise awareness for the ethnic cleansing of Palestinians without worrying about their careers. Then there's Gal Gadot, a disgrace to everything Wonder Woman is supposed to stand for.

Rihanna, who has been vocal about other issues such police brutality in the United States and Nigeria, and the farmers’ protests in India, condemned the “violence”.

“My heart is breaking with the violence I’m seeing displayed between Israel and Palestine!” the 33-year-old posted on Instagram.

“I can’t bare to see it! Innocent Israeli and Palestinian children are hiding in bomb shelters, over 40 lives lost in Gaza alone, at least 13 of whom were also innocent children!”

She added: “There needs to be some kind of resolve! We are sadly watching innocent people fall victim to notions perpetuated by government and extremists, and this cycle needs to be broken!”

But the musician’s comments were criticised by some on social media.

Hey @rihanna Palestinians don’t have bomb shelters — we don’t have any protection. There is no shelter. Palestinians in Gaza have nowhere to hide and nowhere to go. Palestinians have no military, no nuclear weapons, we’re not bankrolled by billions of US dollars. Happy to discuss https://t.co/Iq3onP7wcc

Another Twitter user said: “Rihanna said I’m standing with humanity yet choose to stay neutral about it. How many times do we need to say that Palestine are the oppressed and not the oppressor?” 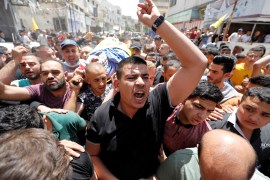 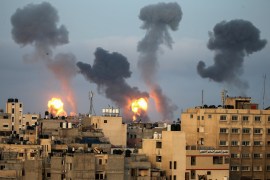 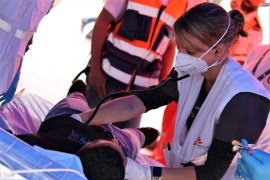 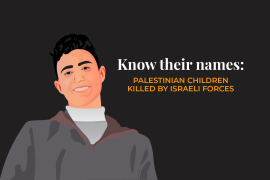