The United Kingdom government has unveiled a legislative programme aimed at securing the country’s recovery from the COVID-19 pandemic, defusing tensions that threaten the union and combatting social issues from housing to healthcare.

British Prime Minister Boris Johnson on Tuesday promised to tackle inequality with laws planned by his administration, which were presented by Queen Elizabeth II at the ceremonial opening of the new session of Parliament.

The government hopes to pass 30 bills over the next year related to issues from creating jobs and healthcare to stripping back post-Brexit bureaucracy.

The package includes proposals to help adults access education, revamp planning laws to speed up the construction of new homes, and improve transport links across all of the UK.

There are also plans for a meeting between leaders of the UK government and the devolved administrations of Northern Ireland, Scotland and Wales, to discuss issues caused by the pandemic.

“My government’s priority is to deliver a national recovery from the pandemic that makes the United Kingdom stronger, healthier and more prosperous than before,” the 95-year-old queen told Parliament, in the speech written by the government.

“To achieve this, my government will level up opportunities across all parts of the United Kingdom, supporting jobs, businesses and economic growth and addressing the impact of the pandemic on public services.”

In the 18 months since Johnson’s Conservative Party was re-elected with a parliamentary majority, his agenda has been eclipsed by the pandemic, which has seen the UK suffer one of the world’s worst death tolls and undergo its deepest economic slump in three centuries.

But now, with the UK’s vaccination programme under way and the spread of the virus at low levels, Johnson hopes to revive his bid to politically and economically rebalance the UK.

Doing so would enable him to reset a premiership that has been clouded by accusations of cronyism and a muddled response to the early stages of the coronavirus crisis, as well as post-Brexit unrest in Northern Ireland and renewed calls for a second referendum on Scottish independence.

In an introduction to the pages of government pledges set out in the Queen’s Speech, Johnson said the pandemic had “in no way diminished the government’s ambition or appetite for change”.

“We have been given an historic opportunity to change things for the better,” he said.

Johnson’s Conservative Party holds 365 of the 650 seats in the UK Parliament’s lower chamber, House of Commons. That electoral power was underscored last week when the Conservatives dominated local elections in England.

The opposition Labour Party claimed that Johnson’s agenda comprised policies and proposals that had already been raised, as it challenged the Conservatives to turn “rhetoric into reality”.

“The Conservatives have so far tried to hide their lack of a long-term plan by making people and places scrap over funding pots,” Labour leader Keir Starmer said in a statement.

“This piecemeal approach won’t deliver the fundamental change our country needs. Instead, we must today see meat on the bones of a proper, ambitious plan to deliver the change people across the country deserve.”

The government is also under pressure to reform adult social care, which provides in-home and nursing home services for older people.

The issue has vexed successive administrations for more than 10 years as rising costs squeeze local governments, which are required to provide care for those who cannot afford it, and leave wealthier families in fear of losing their homes as they struggle to pay care bills.

Johnson has previously claimed to have a “clear plan” to fix the social care crisis but is yet to bring forward legislation focused on the issue. 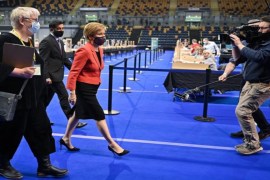 The ruling party in Scotland says it will make another bid to break from the United Kingdom. 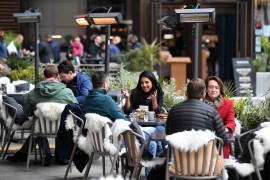 Restrictions to be loosened in line with government plan as vaccinations drive down cases. 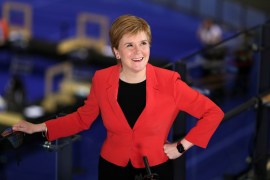 The Scottish National Party took 64 of the 129 parliamentary seats up for grabs, just one short of an overall majority. 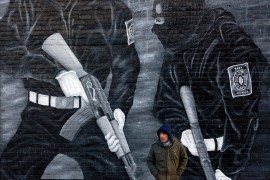