The United States will protect gay and transgender people against sex discrimination in healthcare, the Biden administration announced on Monday, reversing a Trump-era policy that sought to narrow the scope of legal rights in sensitive situations involving medical care.

Health and Human Services Secretary Xavier Becerra said the action restores protections under a provision of the Affordable Care Act, also known as Obamacare, against sexual discrimination in healthcare.

“It simply says what everyone already should know: You should not discriminate against people,” Becerra told CNN. “That includes those based on sexual orientation or gender identity and when it comes to healthcare – we want to make sure that’s the case.”

The new policy represents a reversal of a reversal. The Department of Health and Human Services (HHS) under Trump in June 2020 issued a rule that lifted some anti-discrimination protections under Obamacare, a law signed by former President Barack Obama in 2010.

In 2016, the Obama administration introduced rules that made clear that LGBTQ people would be protected under the federal healthcare discrimination provision. The Trump-era rule reversed those provisions of the law that extended civil rights protections in healthcare to cover areas including gender identity and abortion.

“So now it’s clear, there’s no ambiguity: You cannot discriminate against people based on sexual orientation or gender identity,” Becerra added.

HHS said in a statement on Monday that its Office for Civil Rights made the decision in light of a June 2020 US Supreme Court ruling and subsequent court decisions.

“The Supreme Court has made clear that people have a right not to be discriminated against on the basis of sex and receive equal treatment under the law, no matter their gender identity or sexual orientation,” Becerra said in the statement.

Despite that ruling, the Trump administration had proceeded to try to narrow the legal protections against healthcare discrimination, issuing rules that narrowly defined “sex” as biological gender. A federal judge had blocked those rules from taking effect, although Trump administration officials argued that as a legal matter, healthcare discrimination was a separate issue from the employment case the Supreme Court decided.

The Trump administration had defined “sex” to mean gender assigned at birth, thereby excluding transgender people from the law’s umbrella of protection.

Monday’s action means that the HHS Office for Civil Rights will again investigate complaints of sex discrimination on the basis of sexual orientation and gender identity. Hospitals, clinics and other medical providers can face government sanctions for violations of the law.

Under the Obama-era rule, a hospital could be required to perform gender-transition procedures such as hysterectomies if the facility provided that kind of treatment for other medical conditions.

LGBTQ groups say explicit protections are needed for people seeking gender transition treatment, and even for transgender people who need care for illnesses such as diabetes or heart problems. 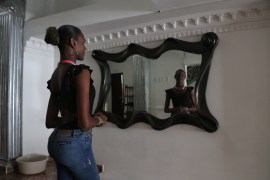 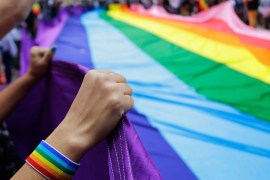 US corporate leaders speak out against anti-LGBTQ bills

‘This issue is not political,’ executives from four major companies wrote in an open letter published Wednesday. 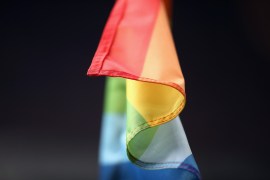 South Africa should take the lead in the fight against homophobic hate crimes on the continent.