Spanish football league La Liga has said it found no evidence that Valencia’s Mouctar Diakhaby was racially abused by Juan Cala of Cadiz during a league match last weekend.

A furious Diakhaby walked off the field on Sunday after being involved in a heated exchange with Cala and claimed the Spaniard used a racist slur towards him.

Valencia’s players left the pitch in solidarity with Diakhaby, becoming the first top-flight Spanish team to make such a protest.

The players later returned to resume the match, with the club claiming they were told they would be punished if they refused to return.

Cadiz won the match 2-1, finishing the game without Cala, who was substituted at half-time.

“Following an analysis of the elements available to La Liga, it can be concluded that no evidence has been found of Juan Cala using the denounced language towards Mouctar Diakhaby,” a Liga statement read on Friday.

“In concrete, all available television and digital archives from the game have been examined as well the audio footage from the game, the images that were broadcast and what was shared on social media.

“In order to complete the report, a specialist company was hired to do a lip-reading analysis of the conversations and study of the players’ behaviour.”

The Spanish football federation, which has the final say on disciplinary matters, still has to make its ruling on the incident that has received widespread coverage in Spain.

Valencia acknowledged the receipt of La Liga’s report and highlighted the fact that the governing body was unable to determine everything Cala said during the incident.

“According to the videos and audio available, the investigation cannot confirm ‘EVERY’ word that Diakhaby heard in the 28th minute of the game last Sunday vs Cadiz. The fact that no proof has been found does not mean that the matter did not occur,” a club statement read.

“The club has by no means changed our opinion on what occurred in the game, and maintain our full support for Diakhaby.”

Diakhaby, a 24-year-old former Lyon player who has been at Valencia since 2018, said on social media that he had been racially insulted, adding: “That is intolerable, I cannot allow that and you have all seen my reaction.”

The Valencia squad lined up behind Diakhaby at their training ground in a public display of support.

But Cala, a 31-year-old defender, told a news conference on Tuesday he had been a victim of a “circus” and a “witch-hunt” and he was “astonished and embarrassed” when Valencia left the pitch.

“There is no racism in Spanish football,” he said. “There are Black players on all teams, they are all super-integrated.” 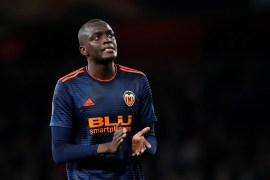 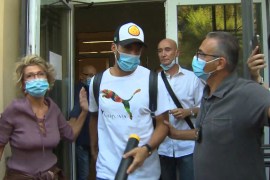 Footballer Luis Suarez, a Uruguay national, passed the exam despite his tutor allegedly saying ‘he can’t speak a word’. 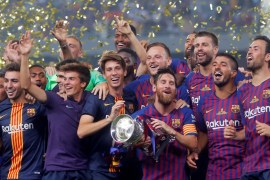