More than 133 million people have tested positive for the coronavirus since the first case was reported in 2019. And there have been more than 2.9 million deaths across the world.

Here is a quick roundup of the latest coronavirus-related news from around the world, including India struggling against an accelerated second wave, New Zealand suspending travel and the United Kingdom looking for an alternative jab to AstraZeneca for its young population.

India has imposed night curfews in dozens of cities and towns after reporting 126,789 new COVID-19 cases, a record high of daily infections amid an accelerated second wave.

Deaths rose by 685, the highest since November, taking the tally to 166,862, health ministry data showed as India’s overall caseload reached 12.9 million, the third-highest globally behind the United States and Brazil.

As India struggles to contain the second wave, New Zealand temporarily suspended entry for all travellers from the South Asian country, including its own citizens.

The decision came after New Zealand detected 23 new cases at its border, of which 17 were from India.

Vaccination efforts around the world were dealt a further blow after the European Medicines Agency (EMA) found a possible link between the AstraZeneca vaccine and rare cases of blood clots.

The EMA concluded that unusual blood clots with low blood platelets should be listed as very rare side effects of the vaccine, but recommended that vaccinations continue in adults, reiterating its stance that the benefits of the shot outweigh any risks.

Following the verdict, the UK announced it would offer young people an alternative jab due to such risks.

US counts for over half of last week’s global deaths

More than 1.3 million new cases were registered this past week throughout the Americas, and more than 37,000 people died because of the virus, said the director of the Pan American Health Organization (PAHO).

Over the last week, the US, Brazil and Argentina were among the 10 countries in the world registering the highest number of new infections worldwide, she added.

Brazil President Jair Bolsonaro has reiterated that he has no plans to order a national lockdown, a day after the nation saw its highest number of coronavirus deaths in 24 hours.

“We’re not going to accept this politics of stay home and shut everything down,” said Bolsonaro.

More than 336,000 people have died from COVID-19 in Brazil and projections show that deaths will continue to climb if nothing is done to stem the spread of the virus.

Qatar has announced a series of coronavirus-related restrictions on education, leisure and business activities, including closing cafés and restaurants, as daily infections have been rising steadily in recent weeks.

With the new measures, which will come into effect on Friday, museums, cinemas, libraries and nurseries will be closed.

Public gatherings at parks, beaches and the corniche will be banned. Social gatherings will not be allowed at homes or other closed spaces. But up to five people will be permitted to meet in an open space.

Turkey recorded 54,740 new coronavirus cases in the last 24 hours, health ministry data showed late on Wednesday, the highest daily cases since the start of the pandemic.

The latest daily death toll was 276, also the highest since the start of the outbreak, bringing the cumulative toll to 32,943. 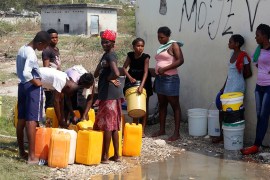 Amid a pandemic, huge sections of the global population still do not have access to water, sanitation and hygiene. 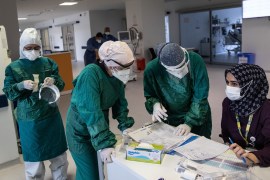 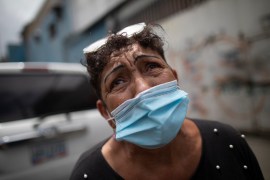