Palestinian President Mahmoud Abbas is in good health and is set to return to the occupied West Bank on Thursday following a medical check abroad less than two months before anticipated Palestinian elections.

The news came from the presidential office on Wednesday as the 85-year-old leader flew to Germany on Monday for a routine medical examination.

Abbas attended public events in recent days and there was no indication he was ill. He also received the first shipment of a coronavirus vaccine last month.

However, the longtime Palestinian leader is a heavy smoker with a history of heart problems. In 2018, he was also admitted to hospital with pneumonia, while he was treated in the United States during a trip to address the United Nations Security Council during the same year.

Abbas’s medical check comes weeks before the first Palestinian polls in 15 years are set to take place. Legislative elections are scheduled for May 22, with a presidential vote set for July 31.

The Palestinians have not held a vote since 2006, when the Hamas group won a landslide victory in parliamentary elections. A year later, Hamas removed Abbas’s Fatah party’s forces from the Gaza Strip, leaving Abbas in control of Palestinian areas in the West Bank.

Abbas, who was elected president of the Palestinian Authority following the death of Yasser Arafat in 2004, has not yet declared whether he intends to run again.

His official mandate ran out in 2009 but he has been ruling by decree since then. He has never chosen a successor and several senior members of Fatah are believed to be eyeing the position.

The secular Fatah party, which controls the West Bank, is facing internal challenges from dissident factions, including the Freedom List, led by Nasser al-Qudwa, a nephew of the late Arafat.

Freedom has been endorsed by Marwan Barghouti, a popular leader who is serving multiple life sentences in Israel on the charge of organising deadly attacks during the second Palestinian Intifada (uprising) during 2000-05.

Former Palestinian Prime Minister Salam Fayyad, an ex-World Bank official with a track record of fighting corruption, is supporting his own group. 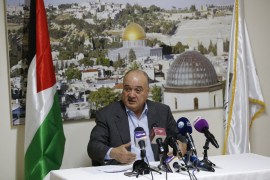 ‘Fatah to the bone’: Who is Palestinian official Nasser al-Qudwa? 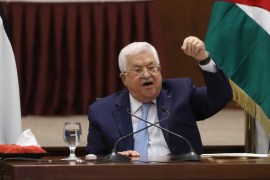 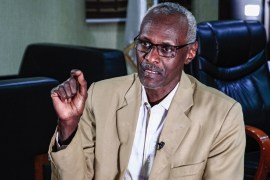 Yasser Abbas: Will there be armed conflict over Nile dam dispute?