The United States Supreme Court on Thursday offered new hope to thousands of long-term immigrants seeking to avoid deportation in a ruling that faulted the US government for improperly notifying a man who had come illegally from Guatemala to appear for a removal hearing.

In a 6-3 decision that divided the high court’s conservative bloc, the justices overturned a lower court’s decision that had prevented Agusto Niz-Chavez from pursuing his request to cancel the attempted expulsion based on the length of time he has lived in the United States.

Niz-Chavez lives in Michigan with his family after entering the US irregularly in 2005.

The justices decided that federal immigration law requires authorities to include all relevant details for a notice to appear for a hearing in one document rather than sending the information across multiple documents. The ruling could affect hundreds of thousands of immigration cases.

“In this case, the law’s terms ensure that, when the federal government seeks a procedural advantage against an individual, it will at least supply him with a single and reasonably comprehensive statement of the nature of the proceedings against him,” conservative Justice Neil Gorsuch wrote in the ruling.

Gorsuch was joined by the court’s three liberal justices as well as conservative Justices Clarence Thomas and Amy Coney Barrett.

In a dissent, conservative Justice Brett Kavanaugh, joined by Chief Justice John Roberts and Justice Samuel Alito, said the ruling was “perplexing as a matter of statutory interpretation and common sense”.

The ruling upends years of practice by the US Department of Homeland Security and in the short term will slow down the number of people placed in immigration proceedings, said Cornell University immigration law professor Stephen Yale-Loehr.

“It does give them a second chance to try to prove that they qualify for cancellation of removal and other forms of relief,” Yale-Loehr said.

The pro-immigrant ruling comes at a time when President Joe Biden has sought to reverse much of the former Trump administration’s administrative hardline procedures aimed at discouraging migrants from trying to get into the US.

Under federal law, immigrants who are not lawful permanent residents may apply to have their deportation cancelled if they have been in the US for at least 10 years. The time counted to reach that threshold ends when the government initiates immigration proceedings with a notice to appear, a limit known as the “stop-time” rule.

In 2013, eight years after he entered the country, police stopped Niz-Chavez for a broken tail light on his vehicle. The federal government followed up with a notice to appear for a deportation hearing.

After the Supreme Court in 2018 found in another case that notices to appear that omitted the time and date of the hearing were deficient, Niz-Chavez cited his faulty notice to argue that the stop-time rule had not been triggered in his case.

The 6th US Circuit Court of Appeals in Ohio had ruled against Niz-Chavez in 2019, saying that the relevant information can be sent in more than one document. The Supreme Court overturned that ruling.

Other Supreme Court rulings could prove challenging for immigrants seeking to remain in the US.

In arguments on April 19, justices appeared reluctant to let people who have stayed on humanitarian grounds apply to be allowed to become permanent residents if they entered the country without required documentation. 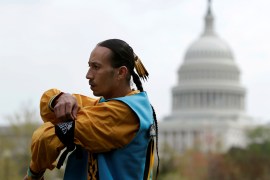 Tribal groups are vying over $8bn in funding intended for tribal governments under the 2020 CARES Act. 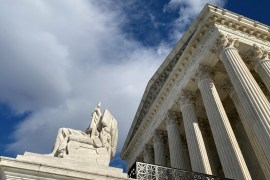 US Supreme Court questions permanent residency for some migrants

Some of the justices are sceptical that some migrants who entered the US illegally should be offered legal citizenship. 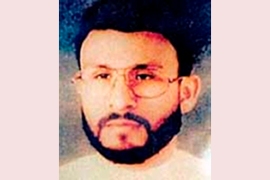 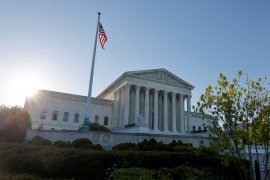 US Supreme Court to hear challenge on carrying concealed handguns