Le Drian did not name the people targeted as he announced the measures on Thursday.

But his comments were the first official confirmation from the French government that it has imposed sanctions against Lebanese officials for their failure to reform the country in the wake of the deadly explosion at Beirut’s port in August last year.

“On a national basis, we have started to implement restrictions on access to French territory against personalities involved in the current political blockage or involved in corruption,” Le Drian said in a statement following a visit to Malta.

“We reserve the right to adopt additional measures against all those preventing an exit from the crisis, and we will do so in coordination with our international partners,” he added.

France FM on #Lebanon Govt deadlock: we will not remain inactive. We have initiated discussions with our European partners on the instruments at our disposal to increase the pressure on players in the political system who are obstructing a way out of the crisis

Two diplomats said a list of names had been put together and people were being made aware, according to the Reuters news agency.

“It’s not just words in the air,” said a French diplomat. “They (Lebanese officials) can reassure themselves that it’s not just threats.”

Le Drian said discussions were already under way with France’s European partners on what “instruments” could be used to increase pressure on Lebanese political figures who are “obstructing a way out of the crisis”.

“Those responsible for the blockage must understand that we will not stand still,” he added.

The statement came after the French ambassador to Lebanon visited the country’s Bekaa Valley, where she reaffirmed Paris’s support.

“Upon the occasion of my first official visit to Bekaa, I have reiterated before my interlocutors France’s attachment to a Lebanon that is unified in its diversity,” Anne Grillo said on Twitter. “France is committed to standing by all the Lebanese in all regions.”

The caretaker government of Prime Minister Hassan Diab resigned in the wake of the August 4 explosion at Beirut’s port that killed more than 200 people and sparked protests against the entrenched governing class.

French President Emmanuel Macron called for radical reform in Lebanon after the explosion and has expressed exasperation at the lack of change in the former French mandate territory.

Macron has been pressing Lebanese politicians to form a government made up of non-partisan specialists that can work on urgent reforms to extract Lebanon from its financial crisis.

However, those efforts have hit a wall as Lebanon’s politicians continue to bicker about the shape and size of a new cabinet and who chooses which ministers.

Lebanon Prime Minister-designate Saad Hariri and President Michel Aoun have failed repeatedly to agree on a new government cabinet after months of deadlock, as the country sinks deeper into economic crisis.

A steep depreciation of the Lebanese pound along with increases in poverty and unemployment have eroded purchasing power and fuelled anger among the population.

The letter said that a “political-economic mafia is responsible for the misery, hunger and insecurity from which more and more Lebanese suffer”. 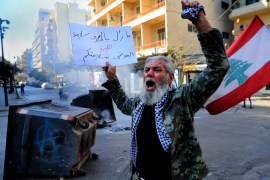 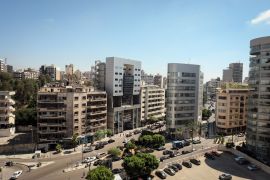 ‘I don’t see any glimmer of hope,’ the World Bank’s Middle East and North Africa vice president has told Bloomberg.