Hong Kong’s legislature is set to discuss a controversial immigration bill, which lawyers, diplomats and right groups fear will give authorities unlimited powers to prevent residents and others from entering or leaving the Chinese-ruled city.

The government has dismissed the concerns as “complete nonsense,” saying the bill which will be debated on Wednesday merely aims to screen undocumented migrants at source amid a backlog of asylum applications and does not affect constitutional rights of free movement.

But distrust of the local administration has grown since enormous pro-democracy protests in 2019 and after Beijing imposed a sweeping national security law last year that appears to have set Hong Kong on a more authoritarian path.

The bill is due for a second reading in the Legislative Council, or LegCo, and may be passed later on Wednesday. The government faces no opposition in the legislature after pro-democracy legislators resigned en masse in protest at the expulsion of some of their democratic colleagues as alleged security risks.

“What is concerning is that in hastily pushing this bill forward, the government has chosen to ignore civil society groups that have flagged legitimate concerns,” said Michael Vidler, a lawyer with Vidler & Co Solicitors.

Lawyers say the bill empowers authorities to bar anyone, without a court order, from entering or leaving Hong Kong – essentially opening the door for mainland China-style exit bans – and fails to prevent indefinite detention for refugees.

The Hong Kong Bar Association (HKBA) said in February the bill offered no explanation of why such powers were necessary, or how they would be used. It also noted there was no limit on the duration of any travel ban, nor any safeguards against abuse.

The Security Bureau said the law would be applied only to inbound flights and was aimed at alleged “illegal immigrants”, expressing disappointment at the “unnecessary misunderstanding” caused by HKBA.

It said freedom to travel was guaranteed by the city’s mini-constitution, the Basic Law, so rights would not be affected.

Still, lawyers, diplomats, trade unions and business bodies are puzzled by the government’s reluctance to add limitations to the bill that it has previously stated publicly.

A group of US senators last year estimated at least two dozen US citizens had been prevented from leaving China in recent years and face regular surveillance and harassment by the authorities. China denies foreign nationals are under threat of arbitrary detention or exit bans.

The bill will allow immigration officers to carry guns and, in some cases, requires asylum seekers to communicate in a language other than their mother tongue.

The government says there are currently 13,000 refugee claimants in Hong Kong and that it wants to tackle the backlog.

The screening process can take years and the claimants’ success rate is 1 percent. During that period, it is illegal for asylum seekers to work or volunteer and they live in limbo, on food vouchers.

Currently, asylum seekers can be detained only if they break the law or for deportation, for a period “that is reasonable in all circumstances”.

The bill removes the phrase “in all circumstances”, which rights groups say allows refugees considered a security risk to be detained indefinitely. The law does not state what constitutes such a risk.

David, 25, was granted asylum after arriving from an East African country four years ago. He said he was detained for 92 days while being processed and the new bill should aim to make life easier for refugees, not harder.

“It’s pretty terrifying, being there without knowing … how long you’re gong to be there for,” said David, who asked the Reuters news agency not to use his full name due to the sensitivity of the matter. 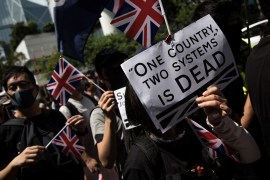 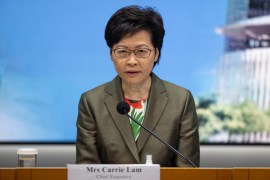 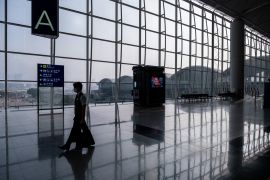 Hong Kong and Singapore to start travel bubble next month

The bubble begins May 26 and will start with a daily flight into each city, with up to 200 travellers on board.