India surpassed the grim milestone of more than 200,000 deaths caused by the COVID-19 disease as a devastating second wave of infections overwhelms the South Asian nation’s underfunded healthcare system.

Hospitals across the country have reported a shortage of medical oxygen and beds. Even crematoriums are running out of space, with funerals being held in parking lots, and parks doubling up as temporary cremation grounds.

The World Health Organization says a variant of COVID-19 feared to be contributing to a surge in coronavirus cases in India has been found in at least 17 countries.

This live blog is now closed. These were Wednesday’s updates:

The Indian variant of the coronavirus has been discovered in Andalusia, in the south of Spain, regional Health Minister Jesus Aguirre said.

Six cases of the variant were also detected in neighboring Portugal this week.

Portuguese Health Minister Marta Temido said on Tuesday that there is a clear sign of “community transmission,” since the people infected had not traveled to the South Asian country.

Spain is investigating another suspected infection in Valencia, involving a woman whose sister had recently traveled to India.

On Tuesday, the WHO said the variant has been detected in at least 17 countries.

Britain says no surplus COVID vaccines available to give to India

Britain has no surplus of COVID-19 vaccines to give to India as it faces a deadly wave of coronavirus that puts intense pressure on hospitals, health minister Matt Hancock said.

Britain has given ventilators and oxygen concentrators to India, but Hancock said Britain was currently not in a position to give any vaccines.

“We don’t have any excess doses of vaccine in the UK at the moment,” Hancock said at a news conference.

Kenya’s health ministry said it will suspend flights to and from India after midnight on Saturday amid the coronavirus surge in that country.

Health official Mutahi Kagwe said passenger flights from India to Kenya will be suspended for the next 14 days.

Kagwe said cargo flights would continue upon adherence to the coronavirus containment measurers.

Russia will deliver “emergency humanitarian aid” including “20 units of equipment for the production of oxygen, 75 artificial lung ventilation devices, 150 medical monitors and 200 thousand packages of medicines,” the Kremlin said.

The UK has sent a first shipment of two hundred ventilators and 95 oxygen concentrators to India following a request from the South Asian country’s government, a junior British minister said.

“The government of India told us that oxygen has been a particular challenge, so we moved quickly to deliver a package of medical equipment to address this need,” said Nigel Adams, minister for Asia at the Foreign, Commonwealth and Development Office.

He added that another batch of 400 oxygen concentrators would arrive on Wednesday and Thursday.

“The pandemic has brought horrific human suffering, and we send our solidarity and condolences to the Indian people at this difficult time,” said Adams.

Indians are struggling to register online for a mass vaccination drive set to begin next month.

The country, which is one of the world’s biggest producers of vaccines, does not yet have the stocks for an estimated 600 million people becoming eligible, on top of continuing efforts to inoculate the elderly and people with other medical conditions.

Concerned by a spike in COVID-19 infections in her gated community in Noida, a city bordering New Delhi, Plaksha Aggarwal wanted to help and started cooking for the patients and their families.

After catering to a few families within her apartment complex earlier this month, she started getting calls from around the city.

“I could not refuse people. They wouldn’t be calling unless they needed help. Some orders were for people who had just lost family members,” she told Al Jazeera.

India’s western state of Maharashtra, home to the financial capital Mumbai, may extend its lockdown by two weeks until mid-May to try to halt a rise in coronavirus cases, the state’s health minister said.

The state will not go through with a plan to open vaccinations to everyone aged above 18 from May 1 due to a shortage of doses, Rajesh Tope told reporters.

BioNTech co-founder Ugur Sahin has voiced confidence that the vaccine that his company jointly developed with Pfizer works against the Indian variant of the coronavirus.

Vaccine centres in Maharashtra run out of doses

Premier vaccination centres in India’s western Maharashtra state ran out of vaccine doses even as the country prepares to immunise all above 18 years of age.

Bandra Kurla Complex (BKC) jumbo vaccination centre was shut without any personnel from the centre available to comment on the same.

A crowd gathered outside the BKC centre to get their doses only to be stopped by barricades. Those gathered at the centre said they were told by the police that vaccine doses had not arrived at the centre, so it was shut.

From Amazon to Tata, industry steps up to combat COVID-19 crisis

Global and Indian firms are flexing their industrial muscle to help the world’s second-biggest population battle coronavirus, coming to the rescue of a public health system buckling under the weight of surging infections and deaths.

Amazon.com, Intel and Google, as well as Indian firms Tata Sons, Reliance Industries and JSW Steel have pitched in with everything from airlifts of medical equipment and funding pledges to making medical oxygen.

“The government single-handedly cannot deal with this crisis any more, it is very important that the corporate sector gets into motion,” said Kunal Kundu, India economist at Societe Generale in Bengaluru.

“We need all the help we can get.”

Junior doctors are subjected to mammoth workloads, lack of pay, rampant exposure to the virus and complete academic neglect.

The Indian Premier League will continue as scheduled, a senior Indian cricket board official told Reuters, despite fierce criticism of the popular Twenty20 competition being played amid a national health crisis.

“It’s probably more important now to hold IPL, when there is so much negativity around,” the official told Reuters, requesting anonymity.

India’s giant IT firms in Bengaluru and other cities have set up COVID-19 “war rooms” as they scramble to source oxygen, medicine and hospital beds for infected workers and maintain backroom operations for the world’s biggest financial firms.

Banks including Goldman Sachs and Standard Chartered, which run much of their global back-office operations from large office parks in Bengaluru, Chennai or Hyderabad, have put in place the infrastructure to vaccinate thousands of employees and their families, when age restrictions are lifted on May 1.

In the capital, New Delhi, ambulances lined up for hours to take COVID-19 victims to makeshift crematorium facilities in parks and parking lots, where bodies burned on rows of funeral pyres.

Coronavirus sufferers, many struggling for breath, flocked to a Sikh temple on the city’s outskirts, hoping to secure some of its limited supplies of oxygen. Hospitals in and around the Indian capital said oxygen remains scarce, despite commitments to step up supplies.

Police said a fire early on Wednesday at a hospital on the outskirts of the financial capital of Mumbai killed four people and injured several others.

The patients died while being shifted to other hospitals after the blaze and not due to burns, an official told India’s NDTV channel. They may have inhaled smoke after the fire, he added.

Last week, a fire at a hospital treating COVID-19 patients and a leaking oxygen tank at another killed 22 people.

India has reported 360,960 new coronavirus cases – its biggest surge since the pandemic erupted more than a year ago – and the overall number of cases is now nearly 18 million, according to health ministry data.

India’s total death toll at 201,187 is now only behind that of the United States, Brazil and Mexico.

At least one out of every three new COVID cases around the world today is being recorded in India.

Vaccine registration opens for all adults

India on Wednesday opened its COVID-19 vaccine registration for all adults. From May 1, all Indians above the age of 18 are eligible to get their coronavirus shots.

Registration for 18 plus to begin on https://t.co/GAlicKy5QI, Aarogya Setu App & UMANG App at 4 PM on 28th April. Appointments at State Govt centers & pvt centers depending on how many vaccination centers ready on 1st May: Aarogya Setu #COVID19 pic.twitter.com/h882EyRSdl

Though the country’s vaccination drive for senior citizens began in January, less than 2 percent of its population has been vaccinated so far.

Despite India being the world’s biggest producer of vaccines – it is called the “pharmacy of the world” – there are also concerns about the availability of COVID-19 vaccines in the country.

Indian COVID-19 variant in 17 countries: WHO

The World Health Organization says a variant of COVID-19 feared to be contributing to a surge in coronavirus cases in India has been found in at least 17 countries.

The UN health agency said the B.1.617 variant of the virus first found in India had been detected in more than 1,200 sequences uploaded to the GISAID a global, open-access database “from at least 17 countries”.

“Most sequences were uploaded from India, the United Kingdom, USA and Singapore,” the WHO said in its weekly epidemiological update on the pandemic.

The WHO recently listed B.1.617 – which counts several sub-lineages with slightly different mutations and characteristics – as a “variant of interest”. But so far it has stopped short of declaring it a “variant of concern”.

Australians in IPL ‘anxious’ about getting home

Australians involved in the Indian Premier League (IPL) are “anxious” about how they will get home from the tournament as the COVID-19 crisis continues in India but they are not looking for any “free rides”, the head of the players’ union said.

Three Australian players have pulled out of the IPL but two remain stranded in India following Australia’s decision to suspend flights from the Asian nation until May 15. Nearly 40 Australians remain involved in the IPL as players, coaches, officials and commentators, but Prime Minister Scott Morrison said they would not be allowed to jump the queue whenever repatriation flights resume.

The regular IPL season ends on May 23, with playoffs to follow before the final on May 30.

“As you’d imagine, they’re all pretty anxious,” Australian Cricketers’ Association Chief Executive Todd Greenberg told Sydney radio station 2GB. “They’re in probably one of the biggest hotspots that we’ve seen since COVID so we’re just trying to make sure that they’re all safe and secure and they can fulfil their commitments and … we can get them home as soon as we can.” 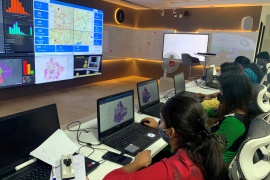 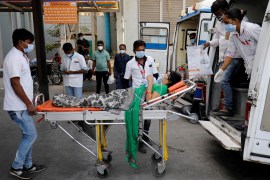 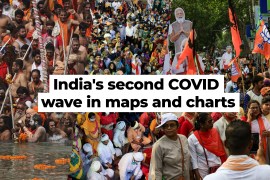 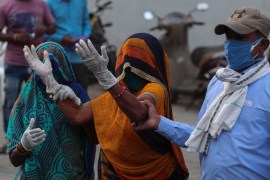