Legislators overwhelmingly voted to strip Greek MEP Ioannis Lagos of his immunity in a secret ballot held on Monday. The European Parliament said 658 parliamentarians voted in favour of the move, and only 25 opposed.

The result of the ballot, which was was held following a request from Greek authorities, and Lagos’ subsequent arrest paves the way for Belgian authorities to extradite him to Greece.

Lagos was sentenced to a 13-year jail term in Greece, along with other leaders of the far-right Golden Dawn party, in October for charges including running a criminal organisation.

But the ruling could not initially be enforced in the case of Lagos, who had immunity because he was elected to the European Parliament in 2019. The 48-year-old has been living in the Belgian capital, Brussels, since being convicted.

However, it now appears he will be forced to serve jail time; a Greek police source confirmed to the AFP news agency that he was arrested in Brussels on Tuesday under an international arrest warrant.

The marathon trial of the Golden Dawn chiefs, including founder Nikos Michaloliakos, was seen as one of the most important political events in Greece’s modern history.

The jail terms capped a stunning downfall for the leaders of a party that was the country’s third most popular in 2015.

The crackdown gathered pace after the murder of 34-year-old anti-fascist rapper, Pavlos Fyssas, who was stabbed to death by a Golden Dawn supporter in front of a cafe in the western Athens suburb of Keratsini in September 2013.

Michaloliakos and the other convicted Golden Dawn members are already in jail, except for Christos Pappas, who was widely acknowledged as the organisation’s second-in-command.

Golden Dawn was founded as a neo-Nazi group in the 1980s. It saw a surge in popularity during the 2010-2018 financial crisis, gaining parliamentary representation between 2012 and 2019. 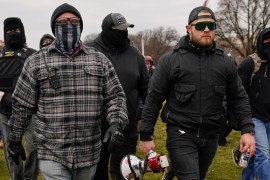 A federal judge ruled that Joseph Biggs and Ethan Nordean are dangerous and should not be free pending trial. 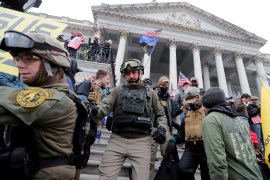 Jon Schaffer, a musician and Oath Keeper, pleads guilty to charges and will assist investigators. 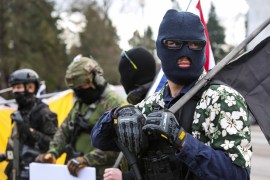 Members of the anti-government movement are calling for cooperation with left-wing groups that were once adversaries. 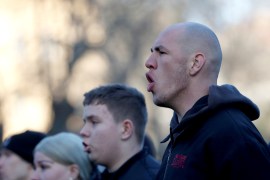