Chinese-born filmmaker Chloe Zhao, who told the story of financially stretched van dwellers in the United States in Nomadland has become the first Asian woman and only the second woman ever to win Best Director at the Academy Awards.

At the Awards ceremonies on Sunday in Los Angeles in the US, the 39-year-old also took home the award for Best Picture for the film, which stars actress Frances McDormand and a number of real-life nomads who travel the US looking for work. McDormand won Best Actress for the role – her third.

Zhao was born in China and lived in Beijing until age 14, when she went to boarding school in London. She later moved to Los Angeles where she finished high school and then attended film school in New York.

Despite early excitement in China over Zhao’s nomination, a backlash began after internet users dredged up old social media posts in which they claimed the film director had slighted her homeland. The ceremony is not being broadcast in China this year, nor in Hong Kong.  A short documentary on the territory’s 2019 protests was also in the running for an award.

This year’s ceremony, which took place at Los Angeles’ Union Station, marked a return to glamour and in-person celebrations – albeit under coronavirus health rules – after a year of virtual ceremonies. The event was also a further step forward for women and people of colour.

“It was definitely one of the most diverse slates of nominees in terms of gender and race,” said Al Jazeera’s Rob Reynolds who is at the venue. “There were nine actors of colour in the acting categories. There were 76 different nominations for 70 women in a variety of categories.”

British actor Daniel Kaluuya, who first came to international attention in the 2017 black comedy horror Get Out, won Best Supporting Actor for his role as the late Black Panther activist Fred Hampton in the drama, Judas and the Black Messiah.

Kaluuya, 32, emerged as frontrunner for the Academy Award after also winning at the Golden Globes, Screen Actors Guild and British BAFTA ceremonies.

Black revolutionary leader Hampton, was shot dead by Chicago police in 1969 at the age of 21.

Kaluuya, who was born in London to Ugandan parents, paid tribute to him as he held his Oscar on stage.

“What a man,” Kaluuya said. “How blessed we are that we lived in a lifetime that he existed. Thank you for your life.”

Meanwhile, Youn Yuh-jung was named Best Supporting Actress Oscar for her role as a cantankerous grandmother in immigrant tale Minari.

“Me being here, I cannot believe it,” Youn said, revealing that she was a huge fan of Brad Pitt, the film’s executive producer.

The Best Actor category proved a surprise win for 83-year-old Anthony Hopkins for his portrayal of a man with dementia in The Father, making him the oldest man ever to win the award. Many expected that the honour would go to the late Chadwick Boseman for Ma Rainey’s Black Bottom, his final film.

This year marked the first time two women were nominated in the category at the same time with Zhao competing against Emerald Fennell, the British director of Promising Young Woman. Zhao went into the ceremony as the favourite after picking up trophies from the Directors Guild of America, the Golden Globes, BAFTA, and multiple film critics groups.

The first Asian actress to win an Oscar since 1957 and the second in history.

Although she lost out to Zhao in the directing category, Fennell took home the Oscar for Best Original Screenplay.

While this year’s ceremony showed greater diversity in the nominations for the top awards, the University of California in Los Angeles, which tracks Oscars diversity, said women and people of colour remained underrepresented in the behind-the-scenes and technical categories.

Last September, the Academy of Motion Picture Arts and Sciences, which organises the Oscars, published new inclusion and diversity guidelines that filmmakers will have to meet for their work to be eligible for Best Picture, starting in 2024. 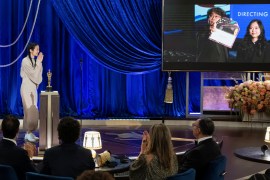 Chloe Zhao made history as she became only the second woman to win Best Director at the Oscars. Who else won? 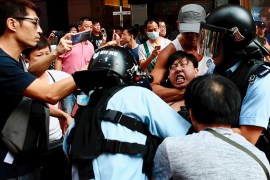 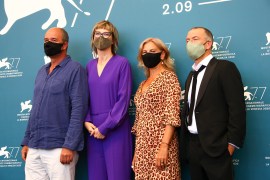 Jasmila Žbanić’s masterful film asks us to open our eyes, speak up and act to save lives. 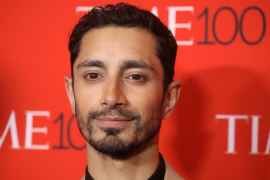 Ahmed plays a rock drummer who loses his hearing in the movie Sound of Metal.