Athens, Greece – Greek and Turkish Cypriots have been preparing for new talks on reunifying their island. This time, the United Nations has asked them to figure out not how to share power, territory and resources, but whether they want a shared future at all.

“The purpose of the meeting will be to determine whether common ground exists for the parties to negotiate a lasting solution to the Cyprus problem within a foreseeable horizon,” Guterres said.

Cyprus has been divided since 1974 when Turkey occupied its northern third in response to a coup that sought to annex the island to Greece.

Three attempts at reunification have failed since 2004 – the most recent at the Swiss resort town of Crans Montana in 2017.

Last October, Turkish Cypriots elected Ersin Tatar, a president who says it is time to give up on forming a bizonal, bicommunal federation, which has been the UN goal for two and a half decades.

Instead, Tatar says, Cyprus should split into two states – a position backed by Ankara.

This brings Turkey and Tatar into direct opposition to Greece and Cyprus.

“The solution can only be found in the context of a bizonal, bicommunal federation – one sovereignty, one nationality, one international representation, including, of course, the departure of occupying armies and abolition of the Treaties of Guarantee,” said Greek Prime Minister Kyriakos Mitsotakis on March 21, when he met with Cyprus President Nikos Anastassiades in Athens.

Having gained its independence in 1960 in a power-sharing deal between the Greek Cypriot majority and the Turkish Cypriot minority, the Treaty of Guarantee – signed between Greece, Turkey, Cyprus and the UK – banned Cyprus from participating in any political or economic union with any other country.

The Greek-speaking Republic of Cyprus became a European Union member in 2004, and Greece and Cyprus say the 1960 treaties are incompatible with the sovereignty of an EU member.

It is the EU, they say, which now guarantees the rights of the Turkish Cypriots, rendering occupying armies unnecessary, and they have proposed a formula in which Turkish Cypriots would have a say if any law or decisions infringe on their interests.

But Turkish Cypriots say Greek Cypriots refuse to accept them as 50-50 partners in a federal partnership – what they term “political equality” or equal decision-making powers.

Since the last talks failed in 2017, several new factors have been added to longstanding sticking points over security, property rights of displaced populations, and political equality.

Turkey has been adamant about keeping its forces in place and the Treaty of Guarantee intact, but thanks to its military presence and other recent developments, some observers believe that it is Turkey which now holds the key to a solution.

Turkey’s position is not new. Nine years after the invasion, it proclaimed the north of the island the Turkish Republic of Northern Cyprus – which only Turkey recognises.

When the decision was first made in 1996 to admit the whole of Cyprus into the EU with or without a solution, Turkey showed its displeasure by claiming it would seek a two-state solution. It held that position for two years, but ultimately participated in UN-sponsored talks for reunification.

Since 2000, Turkish Cypriots, too, have oscillated. In 2005 hardline leader Rauf Denktash was succeeded by Mehmet Ali Talat, who supported reunification. In 2010 Dervis Eroglu, a throwback to the Denktash years, was elected.

In 2015 Turkish Cypriots voted for Mustafa Akinci, who again favoured reunification with the Republic of Cyprus. In Tatar they have swung back to a president who seems intent on doing Ankara’s bidding.

That creates a problem for Turkish Cypriots, says Ahmet Sozen, who heads the political science department at Eastern Mediterranean University in Northern Cyprus.

“Turkish Cypriots very much desire to become EU citizens … when you look at the polls, yes, they are still committed to a bizonal bicommunal federation, the majority of them,” he told Al Jazeera.

“What is worrying me is the developments in Turkey in the last couple of years,” he said.

Sozen worries that Turkey’s economic crisis, made worse by the pandemic, has led to a confrontational foreign policy.

Others believe Turkey’s difficulties present an opportunity for progress. Ankara’s relations with Western allies have deteriorated as a result of its military involvement in Syria, Libya and in support of Azerbaijan in Nagorno-Karabakh.

Since December 2019, the EU has condemned Turkey’s oil and gas explorations in disputed areas of the Mediterranean claimed by Greece and Cyprus.

On March 24, Joe Biden became the first sitting US president to formally recognise the 1915 massacre of Armenians in the Ottoman Empire during World War I as a “genocide”.

“Turkey is under some pressure due to uncertainty vis-a-vis the US and its economic problems. It is perhaps a little more receptive to something happening,” a diplomatic source told Al Jazeera on condition of anonymity.

“They have reasons to send a positive message to markets and seek a positive testimony from somewhere – from the Americans or the Europeans.”

Among other things, Ankara wants the EU to expand its customs union to enable Turkey to export agricultural goods and services, and bid for state contracts. It also wants more money for absorbing 3.6 million Syrian refugees. This could create leverage for a softening on Cyprus.

Then there is the fact that the UN cannot pursue a two-state solution unless the two sides both request it and the Security Council sanctions it, “but of course the Greek Cypriots aren’t going to do that,” the diplomat said.

Sozen agrees that the two-state solution is “not realistic”, and suggests it is a maximalist position designed to be traded.

“We have a saying in Turkish, ‘Showing death, and getting the other side to accept malaria’ – which is the bizonal, bicommunal federation.”

But will the Greek Cypriots accept “malaria”?

“Almost three years passed without any substantive negotiations, so this created in the minds of a lot of Turkish Cypriots and Greek Cypriots that [Anastassiades] is not sincere,” Sozen said. “In their minds the Greek Cypriots are not ready to share power.”

Perhaps Anastassiades has also softened with time. His administration was rocked when Al Jazeera Investigations revealed that the speaker of parliament and other senior officials were involved in a conspiracy to sell passports to international fugitives under the table.

And Tatar’s election has come as a shock.

But Anastassiades is, at least, coming to the table in agreement with the UN’s mandate. Turkey and Tatar are not. The onus will be on them to clarify their position.

“The General Secretary doesn’t want this to be a purely theoretical exercise,” the diplomatic source said.

“He wants to know, do we have a chance of success or not?” 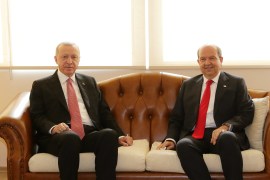 Talks previously aimed for reunification of island split between Greek-speaking and Turkish-speaking sides. 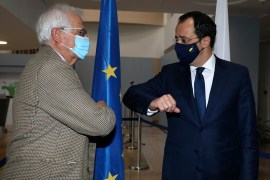 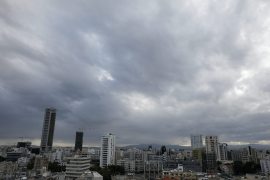 The move puts Cyprus in line with EU regulations to combat money laundering and other illicit activities.