A state of emergency has been declared in the North Carolina city where Andrew Brown Jr was fatally shot by sheriff’s deputies last week, as Brown’s family viewed bodycam footage of the incident.

Brown, a 42-year-old Black man, was being served drug-related search and arrest warrants in Elizabeth City, North Carolina on April 21, when Pasquotank County Sheriff’s deputies shot him. Few details have been released in the wake of the shooting, which prompted days of peaceful protests in the majority-Black city of around 18,000 near the North Carolina-Virginia border, near the east coast of the United States.

“City officials realize there may potentially be a period of civil unrest within the City following the public release of that footage,” reads Elizabeth City Mayor Bettie Parker’s state of emergency declaration, which began at 08:00 EDT (12:00 GMT) Monday and continues until further notice.

Although there is no specific threat, Elizabeth City manager Montre Freeman explained that declaring a state of emergency allows the city to be eligible for state and federal aid and can pull resources from nearby cities, the Raleigh News-Observer reports.

Soon after word spread that there was bodycam video of the incident, there have been calls to release it. However, Pasquotank County Sheriff Tommy Wooten, who has pledged to release the footage publicly, said it cannot be released without a judge’s order.

Brown’s family and lawyers were shown the video privately on Monday, although family attorney Ben Crump said only a 20-second “snippet of the video” was shared with them.

Decrying the lack of “transparency”, Crump asked, “Why couldn’t the family have seen all the video?”

“They only showed one bodycam video when we know there were several bodycam videos, if they were following the law,” Crump continued.

North Carolina Governor Roy Cooper, a Democrat, on Friday urged the release of the video and called for the State Bureau of Investigation (SBI) to thoroughly investigate the shooting.

“Initial reports of the shooting in Elizabeth City and death of Andrew Brown, Jr. this week are tragic and extremely concerning,” Cooper wrote in a tweet. “The body camera footage should be made public as quickly as possible and the SBI should investigate thoroughly to ensure accountability.”

Initial reports of the shooting in Elizabeth City and death of Andrew Brown, Jr. this week are tragic and extremely concerning. The body camera footage should be made public as quickly as possible and the SBI should investigate thoroughly to ensure accountability.

The shooting of Brown took place the morning after former Minneapolis, Minnesota police officer Derek Chauvin was convicted of murdering George Floyd, and was one of six police-involved killings in the subsequent 24 hours, raising doubts among those hoping the Chauvin verdict was a turning point in the fight for racial justice.

Wooten has said deputies from his department including a tactical team were attempting to serve drug-related search and arrest warrants when Brown was shot, but he has offered few other details. Nearby Dare County had issued two arrest warrants for Brown on drug-related charges including possession with intent to sell cocaine. Brown had a criminal history dating back to the 1990s, including past drug convictions.

Recordings of scanner traffic include emergency personnel indicating that Brown was shot in the back. A witness has said that deputies fired shots at Brown as he tried to drive away, and a car authorities removed from the scene appeared to have multiple bullet holes and a shattered back window. The Raleigh News-Observer reported that neighbours found 14 shell casings near the driveway where Brown was shot.

Brown family attorney, Chantal Cherry-Lassiter, claimed that the bodycam video showed Brown with his hands on the steering wheel and that he did not appear to be a threat when he was shot. She called his killing “an assassination”.

“They should be arrested right now,” Harry Daniels, another Brown family attorney. said about the officers involved.

Seven deputies have been placed on leave in the wake of the shooting and there are growing calls for Wooten to resign.

In the wake of the shooting, Brown’s brother, Antron Brown, wondered why deputies aimed at his brother at all.

“The fact that an officer shot him — for what? Shoot the tires. Apparently people said they were shooting from the front and shooting from the back. You could have hit the other officer like that,” he told WAVY-TV. 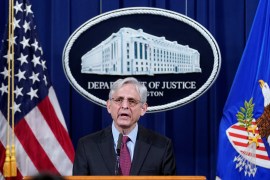 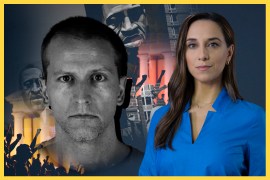