United States Vice President Kamala Harris has repeated the Biden administration’s pledge to address the “root causes” of migration from Central America, saying that families are leaving the region due to widespread hunger.

In an interview with CNN programme State of the Union on Sunday morning, Harris said most people do not want to leave their home countries but have little hope that things will improve amid economic and humanitarian crises.

“We have to give people some sense of hope, that if they stay that help is on the way,” Harris said.

She said the Biden administration plans to bolster US assistance to farmers and agricultural programmes in Central America, as well as provide emergency aid to help countries still struggling to rebuild after hurricanes devastated the region last fall (autumn).

“It’s a complex issue. If this were easy, it would have been handled years ago,” Harris said.

“They’ve got extreme hunger there and food insecurity … If parents and if children cannot literally eat – if they cannot have the basic essential things that everyone needs to live – of course, they’re going to flee. And that’s what we’re seeing.”

Vice President Kamala Harris on addressing the root causes of migration: "We have to give people some sense of hope that if they stay that help is on the way." #CNNSOTU https://t.co/dcOKYcUCX0 pic.twitter.com/pb2PPMxQLt

US President Joe Biden – who has promised to take a more humane approach to migration than his predecessor, Donald Trump – last month named Harris to lead his administration’s effort to stem a surge in arrivals at the US-Mexico border.

US border authorities apprehended more than 172,000 migrants and asylum seekers at the country’s southern border with Mexico in March – a 71 percent increase from the month before.

At least half of those people were expelled under a Trump-era, public health measure that effectively sealed the border to migrants due to the coronavirus pandemic.

Migration advocates in the US have called on Biden to rescind the policy, known as Title 42, amid an uptick in violence and threats against asylum seekers in Mexico.

Harris is expected to meet virtually on May 7 with Mexican President Andres Manuel Lopez Obrador and other Mexican government officials.

She is also expected to travel to Mexico and Guatemala to discuss migration, but no date has been released for that visit.

“We’re working on the plan to get there,” Harris said during the CNN interview on Sunday. “I can’t get there soon enough.”

Lopez Obrador this month said he planned to propose to the Biden administration to extend a key Mexican agricultural programme to Central America in an effort to stem migration.

Mexico’s foreign minister, Marcelo Ebrard, said US and Mexican officials would discuss extending that programme – known as Sembrando Vida – during the May 7 meeting with Harris.

“It will be a productive and cordial conversation,” Ebrard tweeted on Saturday. 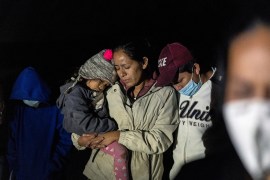 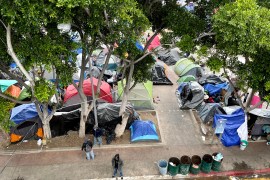 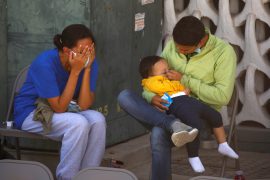 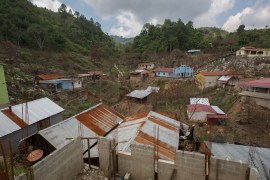