Albanians are voting in a parliamentary election on Sunday after a bitter campaign marked by a gun battle between rival supporters that drew calls for calm from the United States and the European Union.

Prime Minister Edi Rama, who urged a “free and honest” vote, is seeking a third term and has promised to quit if his Socialists fail to win a majority.

He faces a challenge from a dozen parties united behind the main opposition Democrats, whose leader Lulzim Basha told his supporters that Rama had failed for eight years and should be given no more chances.

The rivalry between the two parties turned deadly in the final week of the campaign when a row over alleged vote-buying descended into a gunfight in a city near the capital, killing one Socialist supporter and injuring four others.

All parties say they will deliver the reforms needed for the Balkan country to fulfil its dream of joining the EU.

Tirana was granted EU candidate status in 2014, but there has been little progress because of enlargement fatigue around the bloc and lack of reforms within Albania. Last year the bloc agreed to open membership talks.

But despite the blasting pop music and flag-waving crowds at the final election rallies in Tirana, voters young and old expressed frustration with the politics and economy of the country.

Opinion polls suggest Rama’s socialists have a lead over their rivals, but commentators said a high number of undecided voters made predictions tricky.

President Ilir Meta – an archenemy of Rama – was among the first to vote moments after polls opened at 05:00 GMT, pledging a “patriotic vote” to rebuild the foundations of the republic.

The country of 2.8 million people is among the poorest in Europe and the coronavirus pandemic has made matters worse with the vital tourism sector suffering a huge slump.

A 2019 earthquake that killed 51 people and damaged more than 11,400 residences also hit the economy.

Rama, an artist and former basketball player, is banking on a mass COVID-19 vaccination campaign to boost his popularity, promising that 500,000 Albanians will be inoculated by the end of May.

“We are fighting to get Albania out of the pandemic tunnel for good,” he told supporters in the southern coastal city of Vlora on Friday, promising an economic transformation based on tourism, agriculture, energy and the digital economy.

Rama’s opponents say they will speed up the country’s EU membership push and revive the economy with help for small businesses.

“You can’t give another chance to a man who has failed for eight years, we are the future,” Basha told supporters during his final rally in Tirana on Friday.

Both the main contenders traded barbs throughout the campaign with Basha accusing his rival of vote-rigging and corruption, and Rama belittling his opponent as a puppet of party veterans and the president.

Meta, whose wife runs a smaller party allied to the Democrats, said “pitchforks” would be ready on Sunday in case the Socialists attempted to tamper with the votes – prompting an unimpressed reaction from the US.

“It is unacceptable for anyone to threaten that citizens will take up ‘pitchforks’… These threats deserve condemnation,” US envoy Yuri Kim wrote on Twitter.

The Organization for Security and Co-operation in Europe, an international body sending monitors for the vote, called the election a vital measure of “national political maturity”.

Voting started at 7am (5:00 GMT) is set to continue until 7pm (17:00 GMT) with officials promising results within two days. 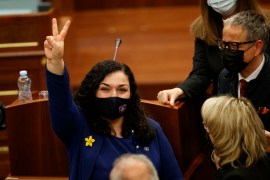 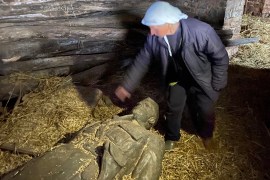 Holding onto Hoxha: Guarding the last statue of communist Albania

In the basement of an old museum in a village in Albania, a 78-year-old woman protects the last remnant of a dictator. 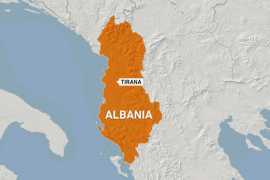 Sixteen hospitalised as 55 passengers are brought back to land after being trapped for hours in rough waters.