Syria’s oil ministry said firefighters have put out a blaze on an oil tanker outside the Baniyas refinery off Syria’s coast after a suspected attack by a drone.

The official state news agency, SANA, on Saturday quoted the oil ministry as saying the fire erupted after “what was believed to be an attack by a drone from the direction of Lebanese waters”.

It provided no further details and did not specify where the tanker was arriving from.

The identity of the vessel was unclear, with Iran’s al-Alam TV saying it was one of three Iranian oil tankers that had recently arrived at the Syrian oil terminal with supplies, while the semi-official news agency Tasnim denied it was Iranian.

The coastal town of Baniyas houses a refinery, which along with another in Homs, covers a significant part of Syrian demand for diesel, heating fuel, gasoline and other petroleum products, according to industry experts.

The sanctions-hit, war-torn country has over the past year faced gasoline and fuel shortages, rationing supplies in government-held areas and hiking prices.

The Syrian Observatory for Human Rights, a United Kingdom-based war monitor, also reported that the tanker had sailed from Iran.

An explosion hit the ship, triggering a fire and resulting in material damage, the Syrian observatory added.

“It’s the first such attack on an oil tanker, but the Baniyas terminal has been targeted in the past,” observatory head Rami Abdurrahman said.

The latest incident comes amid accusations between Iran and Israel of being behind a series of tit-for-tat attacks that have targeted some of the two countries’ vital security installations.

Israel has carried out hundreds of air strikes on Syrian soil since 2011, mostly targeting Iranian and Lebanese Hezbollah forces as well as allied Syrian government troops.

On Thursday, Israeli strikes killed a Syrian officer east of Damascus, in apparent retaliation for a missile fired hours earlier from Syria towards a secretive nuclear site in southern Israel.

Before Syria’s war, the country enjoyed relative energy autonomy, but production has plummeted during the war, pushing the government to rely on importing hydrocarbons.

Syria has in recent years grown more dependent on Iranian oil shipments but tightening Western sanctions on Iran, Syria and their allies, as well as a foreign currency crunch, have made it more difficult to get enough supplies. 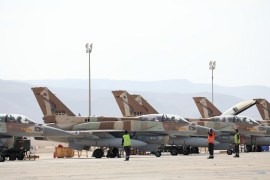 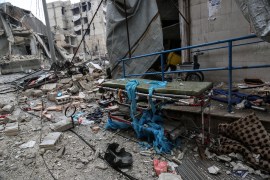 On the 10th anniversary of the Syrian conflict, the regime’s attacks on healthcare workers remain unpunished. 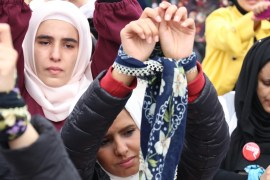 ‘Women of the revolution’ share their experiences on the decade-long transformation of their country.