Liberia has pledged to prevent rebel attacks from its territory on neighbouring Ivory Coast, where security sources reported that Liberian documents were found on assailants raiding a military camp outside Abidjan.

The Ivorian army said it killed three armed men and captured another during Wednesday’s pre-dawn attack on the N’dotre base, with security sources adding a Liberian passport and driver’s licence were found on two of the dead assailants.

“The government of Liberia is deeply concerned over an incident where some men believed to be Liberians launched an armed attack on a military barrack in neighbouring Cote d’Ivoire,” Information Minister Ledgerhood Rennie said on Friday, citing the documents purporting to show they were Liberian.

“The Liberian government strongly condemns any act which disrupts the peace of its neighbours and the region as a whole,” he added.

“The government reiterates its commitment to ensuring that no inch of its territory is used as a launchpad for insurrection.”

Liberia said it was in contact with the Ivory Coast to investigate the incident while both sides pledged to reinforce border surveillance.

Liberian President George Weah intends to send a delegation “shortly” to the Ivory Coast to meet with authorities there, the statement said.

The Ivorian army said one of its soldiers was slightly wounded during the attack in Abobo, north of the economic hub Abidjan.

United Nations Secretary-General Antonio Guterres said through a spokesman that he was very concerned by the attack on the base, which houses soldiers trained to join UN peacekeeping operations in the West African country.

The attack on the military camp came three weeks after rebels killed three members of Ivory Coast’s security forces in attacks on the country’s border with Burkina Faso.

No group has claimed responsibility for those attacks.

Security experts have long warned that rebel attacks in the Sahel, which sprang up in northern Mali in 2012 before advancing into Niger and Burkina Faso, could spread into countries on the coast of the Gulf of Guinea. 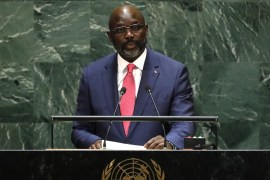 Liberia declares rape a national emergency after spike in cases

The move comes after thousands of Liberians protested in Monrovia last month against rising sexual assaults. 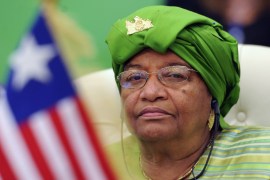 Did Ellen Johnson Sirleaf do enough for Liberia? 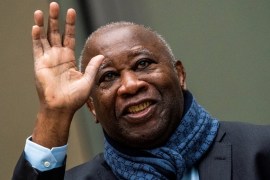 The move coincides with attempts to scale down a crisis sparked by President Ouattara’s decision to seek a third term.