Saudi Arabia has announced the suspension of fruit and vegetable imports from Lebanon, saying shipments were being used for drug smuggling and accusing Beirut of inaction.

The decision announced on Friday is a blow to Lebanon, which is facing its worst economic crisis since the 1975-1990 civil war. Its agriculture minister said the move was a “great loss” and that the trade was worth $24m a year.

The local currency has dived by more than 85 percent on the black market, inflation is rampant and more than half of the country now lives in poverty.

Its economic collapse is being compounded by political deadlock, with politicians unable to form a government to unlock much-needed foreign aid.

Riyadh will ban the entry or transit of those products through the kingdom from Sunday from 9am local time, it said in a statement carried by the official SPA news agency.

The restrictions will remain in place until Lebanon provides “sufficient and reliable guarantees” to put an end to what it called “systematic smuggling operations targeting the kingdom”.

The move comes after Saudi authorities have made repeated appeals to their Lebanese counterparts on the matter, the SPA said.

Saudi customs authorities at Jeddah had foiled an attempt to smuggle in more than 5.3 million Captagon pills, hidden in pomegranate shipments from Lebanon, said Mohammed bin Ali al-Naim, undersecretary for security affairs at Saudi Customs, according to the SPA.

Captagon is an amphetamine manufactured in Lebanon and probably also in Syria and Iraq, mainly for consumption in Saudi Arabia, according to the French Observatory for Drugs and Drug Addiction (OFDT).

Lebanese media quoted the head of the country’s fruit and vegetable exporters, Naeem Khalil, as saying the seized cargo could not have been Lebanese but had transited via Lebanon from Syria.

Lebanon’s foreign ministry said it had been informed by Saudi Arabia of its decision to halt imports of fruit and vegetables, the official National News Agency reported.

“Lebanese authorities must exert utmost efforts to control all smuggling operations … to prevent harm to innocent citizens, farmers, industrialists and the Lebanese economy,” a statement from the Lebanese foreign ministry said.

The statement also called on all security services and customs at the border crossings to make every effort to control all smuggling operations.

Lebanon’s caretaker interior minister Mohammed Fahmy told Reuters news agency that Lebanon was ready to cooperate with all states to stop drug smuggling and that it had already been exerting “tremendous efforts” but that sometimes smugglers might succeed.

One Lebanese official, speaking on condition of anonymity, said the ban appeared to be political.

“The export of Lebanese vegetables and fruits to the Gulf countries and especially the [Saudi] kingdom was one of the few doors that were still open to bring dollars into the country. Closing this import line increases pressure on Lebanon,” he said. 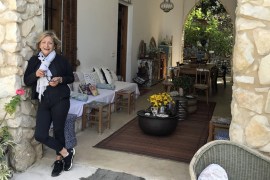 As Lebanon’s economic crisis stretches into its 18th month, some boutique hotel owners are pivoting to survive. 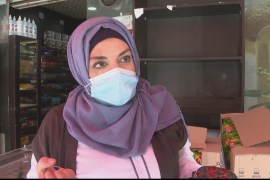 Food prices across Lebanon are soaring as the country goes through its worst economic crisis in decades. 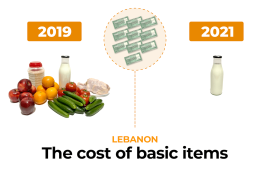 An economic crash has driven nearly half of Lebanon’s six million people into poverty.