An attacker fatally stabbed a woman working in a French police office near Paris, before being killed by officers nearby.

The assault on Friday afternoon took place in the secure entrance area of the police station in Rambouillet, a town 57km (35 miles) southwest of the French capital.

The attacker had scouted out the scene before launching the attack, an official with the prosecutor’s office said.

The identity and the motive of the assailant were not immediately clear. 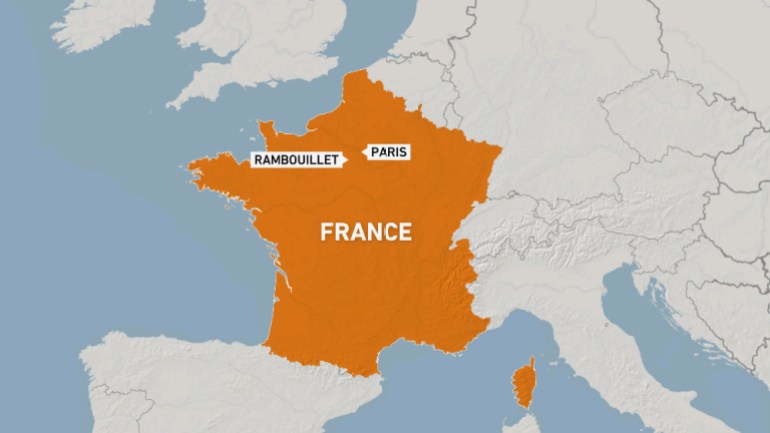 French media reports identified him as a 37-year-old French resident with no criminal record.

The officer, a mother of two who was returning from a lunch break, was stabbed in the throat twice and died of her wounds shortly afterwards, a police source said, asking not to be named.

The attacker was fatally wounded when an officer opened fire on him.

The attacker was a Tunisian national residing in France on legitimate papers, security officials said.

He arrived in France illegally in 2009 but had since obtained residency papers, a police source said. He had just moved to Rambouillet.

The anti-terrorism prosecutor’s office has taken over the investigation also involving the DGSI domestic intelligence service.

Anti-terrorism prosecutor Jean-Francois Ricard told reporters that his office has taken over the probe because the attacker had staked out the station, because of statements he made during the attack, and because he targeted a police official.

Police searched the attacker’s home in Rambouillet and detained three people in his entourage, according to a judicial official.

President Emmanuel Macron wrote on Twitter that “we will never give in, in the fight against Islamist terrorism”.

“The nation is by the side of her family, her colleagues and security forces,” he said, naming the murdered woman as Stephanie.

“Police are symbols of the republic. They are France,” Valerie Pecresse, president of the Paris region, told reporters at the scene, adding: “The face of France” was targeted.

Castex said outside the police station that France had lost an “everyday hero in a barbaric and entirely cowardly act”.

Darmanin said security would be stepped up at stations nationwide.

The incident follows the fatal stabbing of four people in the headquarters of the Paris police force in 2019, and comes six months after a teenager beheaded a school teacher in the same administrative department of France.

The attack comes as Macron’s government is toughening its security policies amid voter concerns about crime and complaints from police that they face increasing danger.

The shift comes as France prepares for regional elections in June in which security is a big issue, and for a presidential election next year in which Macron’s main challenger could be far-right leader Marine Le Pen, if he seeks a second term.