President Joe Biden has opened a global climate summit with a pledge to cut at least in half the climate-wrecking coal and petroleum fumes that the United States pumps out, a commitment he hopes will spur China and other big polluters to speed up efforts of their own.

The commitment – to cut US fossil fuel emissions up to 52 percent in less than 10 years – will come at the launch of the virtual climate summit for 40 world leaders on Thursday.

It will require by far the most ambitious climate effort ever undertaken by Washington, nearly doubling the reductions that the administration of President Barack Obama had committed to in the landmark 2015 Paris climate accord.

It will also be another indication of the return of the US to global climate efforts after four years of withdrawal under President Donald Trump.

Biden had previously returned to the Paris accord, from which Trump had withdrawn, just hours after taking office in January.

The White House has said the effort, which envisions a prosperous, clean energy US that moves away from its reliance on coal and petroleum, will also drive jobs as the economy recovers from the coronavirus pandemic.

“The United States is not waiting, the costs of delay are too great, and our nation is resolved to act now,” the Biden administration said in a statement.

The pledge will build on “leadership from mayors, county executives, governors, tribal leaders, businesses, faith groups, cultural institutions, health care organisations, investors, and communities who have worked together tirelessly to ensure sustained progress in reducing pollution in the United States”, the administration said.

The new urgency comes as scientists say that climate change caused by coal power plants, car engines and other fossil fuel use is already worsening droughts, floods, hurricanes, wildfires and other disasters and that humans are running out of time to stave off most catastrophic extremes of global warming.

Due to the coronavirus pandemic, the summit will play out as a climate telethon-style livestream, limiting opportunities for spontaneous interaction and negotiation.

Biden administration said, with the pledge from the US and other emissions-cutting announcements from Japan, Canada, the European Union and the United Kingdom, countries representing more than half the world’s economy will have now committed to cutting fossil fuel fumes enough to keep the earth’s climate from warming, disastrously, more than 1.5C (2.7F). 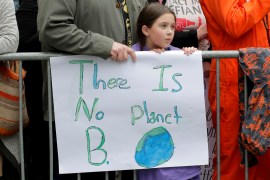 Could carbon pricing be a silver bullet for the climate crisis? 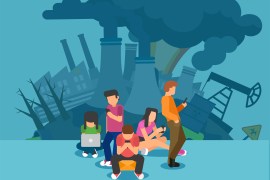 How dangerous is climate misinformation?

The Stream asks why climate lies are thriving and what can be done about them. 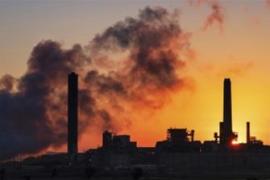 The export of hydrocarbons must end. President Biden can lead the way by kicking off a fossil fuel phaseout in the US.