The United States Senate passed a bill Thursday to combat the rise of hate crimes against Asians during the coronavirus pandemic, setting the stage for enactment of major new anti-hate-crime law.

The measure, passed in the Senate by an overwhelming 94-1 majority, would direct a US Justice Department review of hate crimes and provide support for local law enforcement responding to violent incidents.

In the past year, US police have seen a surge in racially motivated crimes against Asian Americans and Pacific Islanders including the shooting last month in Georgia that killed six women of Asian descent.

“It just turns your stomach what we’ve seen so far – far too often – in the wake of COVID-19,” Senate Majority Leader Chuck Schumer said following the vote.

In California and New York, homes to large Asian-American populations, there have been alarming incidents of violence.

In March, a 75-year-old, Asian-American man, Pak Ho, died after being shoved to the ground while taking a morning walk near his home in Oakland. A suspect faces assault charges but not a hate crime charge.

In New York, a 65-year-old Filipino woman was assaulted in broad daylight while walking on the street by a man who kicked her in the stomach and stomped on her head. The incident was captured on security video. She survived and he was arrested.

Last year, an Asian immigrant and his two young sons were stabbed and slashed while shopping for groceries in Midland, Texas.

“Every day people are experiencing this kind of bigotry,” Schumer told reporters. “I hear the stories.”

“An elderly man told me he’s afraid to walk down the street from the house where he lives because he’s been cursed and spat upon,” the New York senator said.

“A young lady told me she no longer rides the subways because the stares were so mean and forbidding. Those two stories can repeat thousands of times over each day in every state.”

Law enforcement and Asian-American advocates have said the rise in hate crimes against Asians is linked to the political rhetoric of former President Donald Trump and other Republican politicians who blamed the pandemic on China.

Hate crimes are notoriously difficult to prosecute. The legislation provides for a hotline for local prosecutors seeking guidance in such cases and training for law enforcement.

“These unprovoked, random attacks and incidents are happening in supermarkets, on our streets, in takeout restaurants – basically, wherever we are,” Democratic Senator Mazie Hirono said.

The attacks are “a predictable and foreseeable consequence” of racist and inflammatory language that has been used against Asians during the pandemic, including slurs used by Trump, said Hirono.

The legislation, which is supported by President Biden, is next expected to clear the majority Democratic House of Representatives before heading to the president’s desk for his signature. 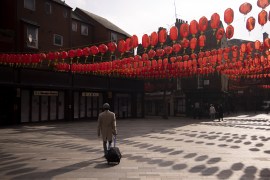 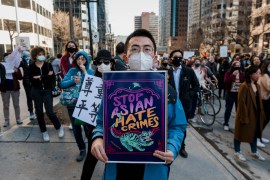 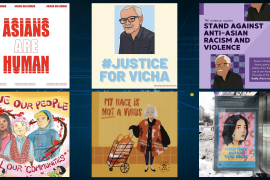 Why is anti-Asian racism on the rise in the US?