Indonesia’s navy is searching for a missing submarine with 53 people on board that went missing on Wednesday and is seeking help from neighbouring Australia and Singapore in the hunt.

The 44-year-old German-made submarine, KRI Nanggala-402, was conducting a torpedo drill in waters north of the island of Bali but failed to relay the results as expected, the navy said.

An aerial search found an oil spill near the submarine’s dive location and two navy vessels with sonar capability have been deployed to assist the hunt, the defence ministry said.

Al Jazeera’s Jessica Washington, reporting from Jakarta, said: “Hopefully, that is something of a breakthrough which could help with finding the location of this vessel and the 53 individuals on board.”

“We understand that the Indonesian navy is currently in the process of surveilling the area both by air and sea,” she said.

A defence ministry statement said requests for assistance had been sent and Australia, Singapore and India had responded.

“We are still searching in the waters of Bali, 60 miles (96 km) from Bali, (for) 53 people,” military chief Hadi Tjahjanto told Reuters news agency in a text message.

Tjahjanto said the navy has deployed scores of ships to search the area, including a hydrographic survey ship.

He said that contact with the vessel was lost at 4:30 am on Wednesday.

CNN Indonesia reported that Indonesian navy official Julius Widjojono said he suspected the submarine had descended to a depth of 600-700 metres. 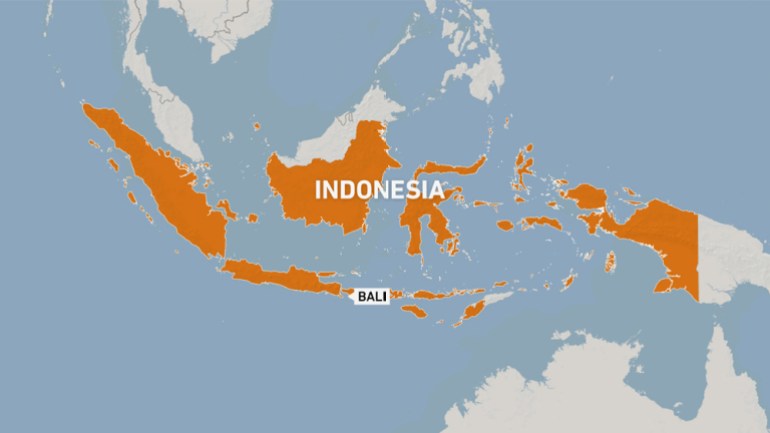 Military analyst Soleman Ponto said it is too early to determine the fate of the submarine conclusively.

“We don’t know yet whether the communication equipments were broken or the submarine has sunken. We have to wait for at least three days,” he said.

The 1,395-tonne submarine underwent a two-year refit in South Korea that was completed in 2012. The vessel has been in use in Indonesia since 1981.

Indonesia in the past operated a fleet of 12 submarines purchased from the Soviet Union to patrol the waters of its sprawling archipelago.

But now it has a fleet of only five including two German-built Type 209 submarines and three newer South Korean vessels. The country plans to operate at least eight by 2024.

Indonesia has been seeking to upgrade its defence capabilities but some of its equipment still in service is old and there have been deadly accidents involving in particular ageing military transport planes in recent years.

The country, the world’s largest archipelago nation with more than 17,000 islands, has faced growing challenges to its maritime claims in recent years, including numerous incidents involving Chinese vessels near the Natuna islands.

Last year, President Joko Widodo reaffirmed the country’s sovereignty during a visit to the group of islands at the edge of the South China Sea.

Geng’s statement drew indignation in Indonesia and prompted the military to increase its forces at the islands.

Although China has been making such claims for years, recently dozens of Chinese fishing boats, escorted by coast guard vessels, reportedly made more aggressive moves in the area and ignored Indonesian warnings to leave.