Police reform proposals pending in the US Congress gained renewed urgency following the conviction in the murder trial of former Minneapolis police officer Derek Chauvin for the killing of George Floyd, a handcuffed Black man in May 2020.

“We feel a sigh of relief. Still, it cannot take away the pain. A measure of justice isn’t the same as equal justice. This verdict brings us a step closer. And, the fact is, we still have work to do,” Vice President Kamala Harris said on Tuesday after a guilty verdict was delivered.

“We still must reform the system,” Harris said calling on Congress to pass legislation – the George Floyd Justice in Policing Act – named for Chauvin’s victim.

The bill, drafted in the US House of Representatives by members of the Congressional Black Caucus, seeks to end the use of chokeholds, no-knock warrants, legal immunity for police and the militarisation of police departments.

Americans continue to die at the hands of police, Bass said. More than 210 people were shot and killed by police in the first three months of 2021. Of those, 30 were Black.

The House, where Democrats hold a narrow majority, passed the police reform measure by a 220-212 vote on March 3, days before Chauvin’s trial began.

Now, Senate Majority Leader Chuck Schumer is promising to bring the legislation up in the Senate, divided 50-50 between Democrats and Republicans.

“We will not rest until the Senate passes strong legislation to end the systemic bias in law enforcement,” Schumer said in Senate floor remarks on Wednesday.

Senate Republicans have placed Senator Tim Scott, an African American from South Carolina, in their party’s lead on the issue of police reform. He said Wednesday he was drafting a new, bipartisan proposal that would be brought forward within a couple of weeks.

Police reform has been a priority for Scott since 2015 when Walter Scott, an unarmed Black man, was shot in the back and killed while running away from a police officer in South Carolina. The officer in that shooting was convicted on federal charges and sentenced to 20 years in prison.

Data shows, however, that from 2013 to 2020 officers in as few as five out of 1,000 police killings are successfully prosecuted, according to the reform advocacy group Campaign Zero.

“It is very hard to prosecute a police officer,” Rossi told Al Jazeera. “You have to get over the hurdle to prove they used excessive force. And many Americans hold police officers in high regard.”

The Biden White House is pushing both parties in the Senate to work together on proposed reforms. Earlier this month, President Joe Biden set aside plans to establish a promised commission to study police reform in favour of working with legislators.

“The president believes, as he conveyed quite passionately last night, that we need to put in place police reform measures,” Biden’s press secretary Jen Psaki said.

Biden will use his speech to a joint session of Congress next week “as an opportunity to elevate this issue and talk about the importance of putting police reform measures in place,” Psaki said at a White House media briefing.

Philonise Floyd called for Washington to elevate the bill named in honour of his late brother George.

“That is a bill that needs to be set on ground of higher standards,” Philonise said in an MSNBC interview. Congress should bring an end to chokeholds like the one that killed his brother, he said.

At the time President Donald Trump, a Republican, threatened to veto the bill. Republicans who controlled the Senate did not bring the legislation up for debate or a vote. 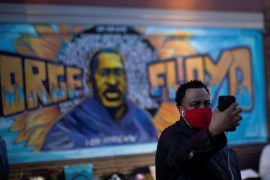 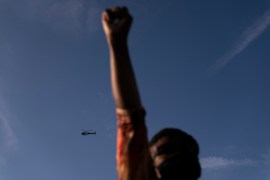 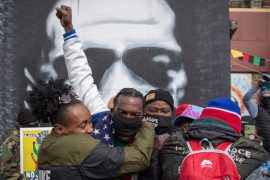