Chad’s longtime President Idriss Deby has died of wounds suffered on the front line in the country’s north, where he had gone to visit soldiers battling rebels, the armed forces said.

Deby, 68, “has just breathed his last defending the sovereign nation on the battlefield” over the weekend, army spokesman General Azem Bermandoa Agouna said in a statement read out on state television on Tuesday, a day after Deby was declared the winner of a presidential election.

The exact circumstances of Deby’s death were not immediately clear. The army said the president had been commanding his army at the weekend as it battled rebels who had launched a major incursion into the north of the country on election day on April 11.

Agouna also said a military council led by the late president’s 37-year-old son, four-star General Mahamat Idriss Deby, would replace him. A curfew has been imposed and the country’s borders have been shut in the wake of the president’s death.

Experts say that under Chadian law, the speaker of parliament should have taken power after Deby’s death and not his son.

“What the constitution says is that in the absence of the president or in case he dies, then the speaker of the parliament takes charge of the country for 40 days and so a transition is put in place until elections are held,” Al Jazeera’s Hiba Morgan, reporting from the capital, N’Djamena, said.

Meanwhile, authorities said a state funeral will be held on Friday. Heads of state and government of “friendly countries” will attend the ceremony in N’Djamena, before Deby is laid to rest in his home region in the country’s far east.

The shock announcement came a day after Deby, who came to power in a rebellion in 1990, won a sixth term. Provisional results released on Monday showed Deby had taken 79.3 percent of the vote.

The president postponed his victory speech to supporters and instead went to visit Chadian soldiers battling rebels, according to his campaign manager. 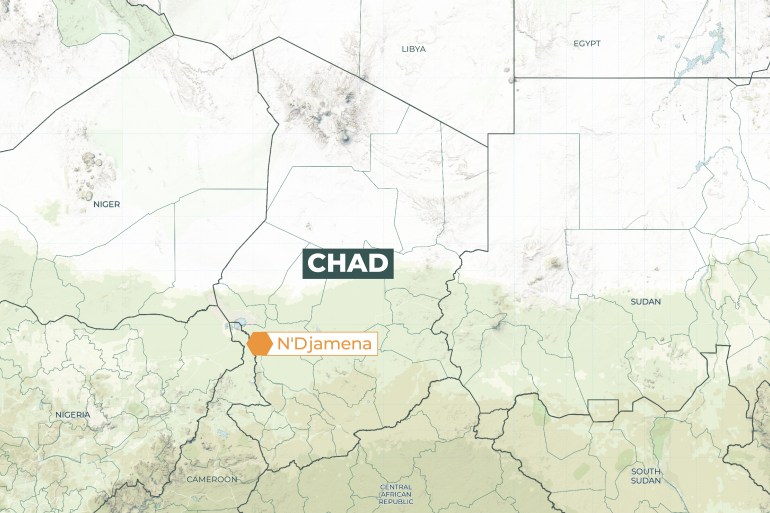 The rebel group Front for Change and Concord in Chad (FACT), which is based across the northern frontier with Libya, attacked a border post in the provinces of Tibesti and Kanem on election day and then advanced hundreds of kilometres south.

But it suffered a setback over the weekend.

Agouna had told Reuters news agency that army troops killed more than 300 fighters and captured 150 on Saturday in Kanem province, about 300km (185 miles) from N’Djamena. Five government soldiers were killed and 36 were wounded, he said.

FACT said in a statement on Sunday that it had “liberated” the Kanem region. Such claims in remote desert combat zones are difficult to verify.

Deby’s latest election victory had never been in doubt, with a divided opposition, boycott calls and a campaign in which demonstrations were banned or dispersed.

The president had campaigned on a promise of bringing peace and security to the region, but his pledges were undermined by the rebel incursion.

The government had sought on Monday to assure concerned residents that the offensive was over.

There had been panic in some areas of N’Djamena on Monday after tanks were deployed along the city’s main roads, an AFP journalist reported. The tanks were later withdrawn apart from a perimeter around the president’s office, which is under heavy security during normal times.

“The establishment of a security deployment in certain areas of the capital seems to have been misunderstood,” government spokesman Cherif Mahamat Zene had said on Twitter on Monday. “There is no particular threat to fear.”

However, the US embassy in N’Djamena on Saturday had ordered non-essential personnel to leave the country, warning of possible violence in the capital. Britain also urged its nationals to leave.

France’s embassy said in an advisory to its nationals in Chad that the deployment was a precaution and there was no specific threat to the capital.

The Tibesti mountains near the Libyan frontier frequently see fighting between rebels and the army, as well as in the northeast bordering Sudan. France carried out air raids in February 2019 to stop an incursion there.

In February 2008, a rebel assault reached the gates of the presidential palace before being pushed back with French backing.

“France lost a brave friend,” French President Emmanuel Macron’s office said in a statement. “It expresses its strong attachment to Chad’s stability and territorial integrity,” it continued, adding it had taken note of the creation of the interim military body and urging a quick return to civilian rule and a peaceful transition.

For its part, the White House offered “sincere condolences” to Chadians.

“We condemn recent violence and loss of life in Chad,” a spokesperson said in a statement. “We support a peaceful transition of power in accordance with the Chadian constitution.”