Ethiopia has declared a state of emergency in the southern part of Amhara regional state amid violence in various towns.

In a statement on Sunday, the Ministry of Defense said the last three days saw deadly armed violence in the town of Ataye and several other areas in Oromia special zones.

The statement said an unspecified number of people were killed in attacks by gunmen and property was destroyed. It added that many civilians fled the armed conflict.

The Amhara region is dominated by the ethnic Amhara group – Ethiopia’s second-largest – but the Oromo special zone is populated mainly by Oromos, the numerically dominant group.

The declaration of emergency came a day after Ethiopia’s military deployed troops to the North Shoa zone and Oromo special zone.

Jemal Hassen Mohammed, chief administrator of the Jile-Temuga area in the Oromo special zone, said the violence began on March 19 after an ethnic Oromo prayer leader was shot dead outside a mosque, sparking clashes between Amhara security forces and ethnic Oromo civilians.

Prime Minister Abiy Ahmed is under mounting pressure to address the violence in Amhara and elsewhere.

“The government should deliver on its responsibility to protect the people,” the Ethiopian Human Rights Commission, the national human rights body, said in a statement earlier this week.

The violence in Amhara has led to sniping between the Oromo and Amhara wings of Abiy’s Prosperity Party, which have publicly accused each other of responsibility.

Abiy came to power in 2018 after several years of anti-government protests staged by Amhara and Oromo youth.

He won the Nobel Peace Prize the following year but his tenure has been marred by ethnic violence, and analysts warn that hotly anticipated national elections scheduled for June 5 could bring further insecurity.

They say the continuing unrest could hamper efforts to organise the vote.

Birtukan Medeksa, head of the national election board, said on Wednesday that insecurity had put a temporary halt to voter registration in several locations, including the North Shoa and Oromo special zones. 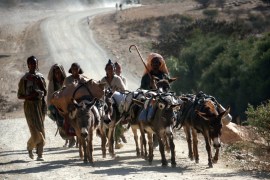 Over 100 killed in clashes in Ethiopia’s Afar, Somali regions

Border clashes between the Afar and Somali regions predate the six-month-old conflict in the Tigray. 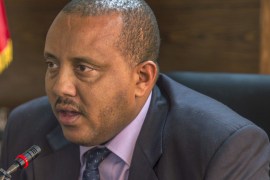 Is independence from Ethiopia the TPLF’s endgame in Tigray?

We speak to a senior TPLF member about the Tigray conflict, and discuss US gun reform with a school shooting survivor. 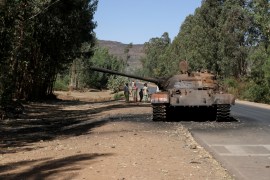