At least eight people were killed in a late-night shooting at a FedEx facility in the US city of Indianapolis by a gunman who is believed to have then killed himself, police said.

Multiple others were injured on Thursday night when gunfire erupted at the facility near Indianapolis International Airport, police spokesperson Genae Cook said.

At least five people were hospitalised, including one person with critical injuries, the Associated Press reported. Another two people were treated and released at the scene, Cook said.

The shooter was not immediately identified and investigators were still in the process of conducting interviews and gathering information.

Cook said it was too early to tell whether the shooter was an employee at the facility.

Police were called to reports of gunfire just after 11pm and officers observed an active shooting scene, Cook said.

FedEx released a statement saying it is cooperating with authorities and working to get more information.

“We are aware of the tragic shooting at our FedEx Ground facility near the Indianapolis airport. Safety is our top priority, and our thoughts are with all those who are affected,” the statement said.

Family members gathered at a local hotel to await word on loved ones.

Some said employees are not allowed to have their phones with them while working shifts at the facility, making it difficult to contact them, WTHR-TV reported.

A witness, who said he works at the facility, told WISH-TV that he saw a man with a gun after hearing several gunshots.

“I saw a man with a submachine gun of some sort, an automatic rifle, and he was firing in the open,” Jeremiah Miller said.

Another man told WTTV that his niece was sitting in the driver’s seat of her car when the gunfire erupted, and she was wounded.

“She got shot on her left arm,” said Parminder Singh. “She’s fine, she’s in the hospital now.”

US Congressman André Carson, a representative for Indiana, wrote on Twitter: “I am heartbroken by the mass shooting at the FedEx facility here in Indianapolis and praying for all affected by this tragedy.

I am heartbroken by the mass shooting at the FedEx facility here in Indianapolis and praying for all affected by this tragedy. I am communicating with local authorities to get all details of the attack and my office stands ready to help everyone affected any way we can.

“I am communicating with local authorities to get all details of the attack and my office stands ready to help everyone affected in any way we can.”

Live video showed police tape at the scene of the incident, which follows several mass shootings in recent weeks.

Last month, four people, including a child, were shot dead in an office building in southern California.

On March 22, 10 people were killed in a shooting at a grocery store in Boulder, Colorado.

That came less than a week after a man shot and killed eight people, including six women of Asian descent, at spas in Atlanta, Georgia.

Nearly 40,000 people in the United States die each year from guns, more than half of those being suicides. 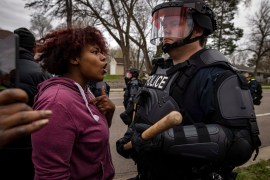 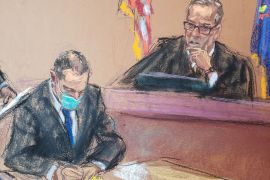 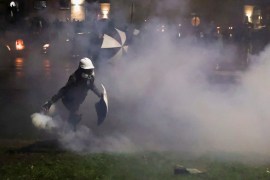