Turkey’s foreign minister has said a new period was beginning with Egypt as Ankara pushes ahead with normalising relations with Cairo, local media reported.

Turkey and Egypt broke off relations after the 2013 overthrow of the country’s first democratically elected President Mohamed Morsi, who was supported by Turkish counterpart Recep Tayyip Erdogan.

That year, Turkey and Egypt expelled each others’ ambassadors and froze their relations.

Turkish officials said last month Ankara had established the first diplomatic contacts with Cairo since 2013 as part of wider efforts to fix ties with other Middle Eastern rivals.

Asked about possible ambassadorial appointments, Cavusoglu said: “We have not discussed [that] yet. There will be a meeting at the level of deputy ministers and diplomats. It will come onto the agenda there. A date is not clear yet.”

“After that, we will meet. The details of this will be discussed there,” he said, raising the prospect of mutual visits.

When asked, the minister also indicated there would be meetings between him and his Egyptian counterpart.

“Why not? There can be reciprocal visits and meetings, too,” Cavusoglu said.

Last month, members of Egypt’s Istanbul-based opposition media said Turkish officials had asked them to “tone down” criticism of Egyptian President Abdel Fattah el-Sisi. The request appeared to be an attempt by Turkey to curry favour with Egypt in a bid to mend relations.

An Egyptian broadcaster, known for his outspoken criticism of Cairo on an Istanbul-based channel, said on Saturday he was going on “unlimited leave”. Moataz Matar, 46, made the announcement during his popular daily show “With Moataz”, which he has presented for several years on the liberal El-Sharq channel.

Matar said he was not forced by Turkey or the channel to leave but added he did not want to “embarrass” anyone. “I will come back when I am able to tell the truth on El-Sharq again as I always have,” he added.

After the Arab Spring, Istanbul became a hub of the Arab media critical of their governments back home, especially for Egyptian media linked to Morsi’s Muslim Brotherhood. 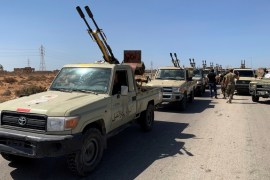 At Istanbul meeting, Russia and Turkey agree to push for a ceasefire but Ankara says eastern commander must retreat. 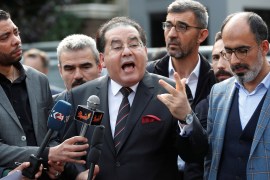 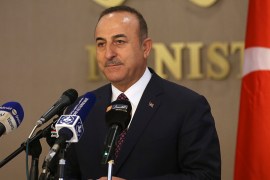 Ties between Egypt and Turkey deteriorated after a coup spearheaded by Egyptian President Abdel Fattah el-Sisi in 2013.