Haitian Prime Minister Joseph Jouthe announced early Wednesday that he has resigned, as the country faces a spike in killings and kidnappings and prepares for an upcoming constitutional referendum and a general election later this year.

Jouthe, who served as prime minister since March 2020, did not provide an explanation for his resignation, but President Jovenel Moise said a new prime minister had been appointed.

“The resignation of the government, which I accepted, will make it possible to address the glaring problem of insecurity and continue discussions with a view to reaching the consensus necessary for the political and institutional stability of our country. Minister Claude Joseph has been appointed PM,” Moise tweeted in French.

Jouthe had previously tried to submit his resignation, but President Jovenel Moise had rejected it at the time.

Haiti, the poorest country in the Americas, has been plagued by poverty, insecurity, natural disaster and the coronavirus pandemic.

Meanwhile, kidnappings for ransom have surged as armed gangs have gained growing influence, with the Caribbean country facing an ongoing political crisis.

Anger has been piqued by the abductions on Sunday of seven members of the Catholic clergy in Croix-des-Bouquets, a town northeast of the capital Port-au-Prince.

Those abducted include five Haitian members of the clergy, as well as two French citizens, a priest and a nun.

On Monday Haiti’s Catholic Church slammed the government’s failure to act over the unrest, with stinging comments decrying Haiti’s “descent into hell”.

Protests have erupted over the security situation and Moise’s mandate, which civil society groups and most legal experts say ended on February 7. Moise has maintained that his five-year presidency extends until 2022.

The disagreement stems from an initial election won by Moise in November 2015, that was later cancelled for fraud. Moise was re-elected a year later.

Meanwhile, legislative elections were postponed indefinitely in October 2019, according to Human Rights Watch (HRW), leaving the country without a parliament since January 2020.

Amid the instability, Moise has said he plans to hold a constitutional referendum in June, which critics call part of a larger effort to consolidate power.

Haiti has long had a high turnover of prime ministers, with eight of them appointed to the position since 2015. 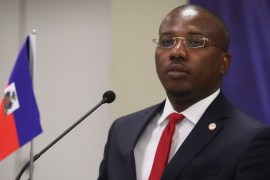 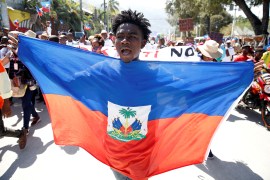 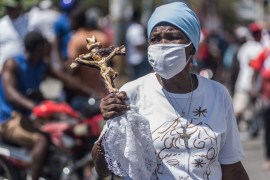 Kidnappings for ransom have surged in recent months as gangs gain influence amid political crisis.