Tuesday marks the start of the Muslim holy month of Ramadan in many countries around the world.

Observant Muslims fast every day this month, abstaining from eating, drinking, smoking and sexual relations during daylight hours to achieve greater “taqwa”, or consciousness of God.

As the sun goes down, many Muslims will reach for a date, a sweet brown fruit, to break their fasts.

Dates, fresh or dried, contain important vitamins, minerals and fibre. They are also high in antioxidants, which protect the body from several diseases.

Given their high level of fructose, a natural sugar found in fruit, dates are a great source of energy, especially after a long day’s fast.

Dates come in many different shapes and sizes, the infographic below shows some of them: 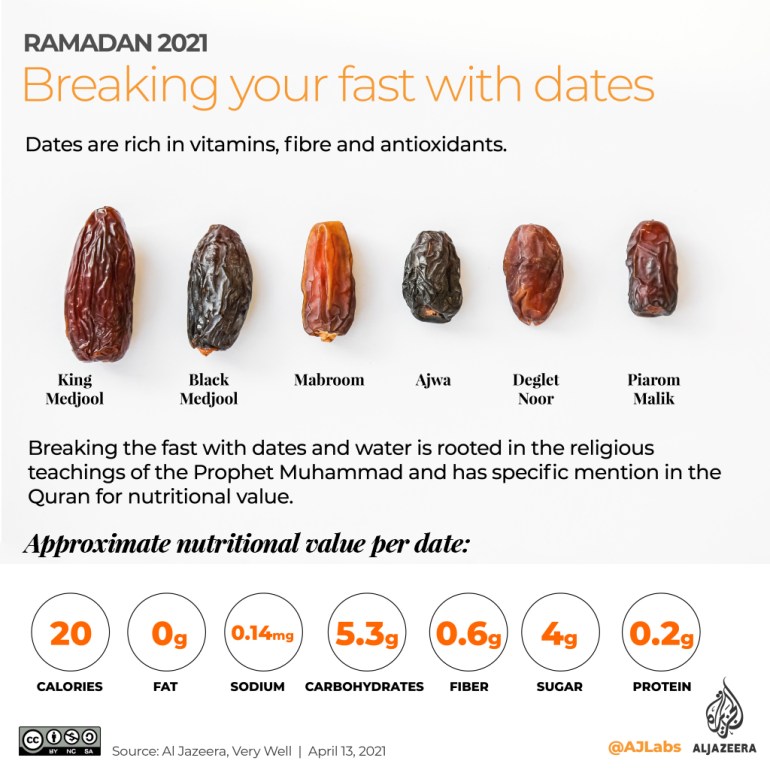 Every year, at least nine million metric tonnes of dates are produced, according to the UN Food and Agriculture Organization. Dates tend to thrive in countries with long, hot summers like those in the Middle East and neighbouring countries.

Egypt is the world’s top date supplier, producing nearly one in five or 18 percent of the world’s dates.

Saudi Arabia follows at 17 percent, with Iran rounding off the top three at 15 percent.

The infographic below shows where most of the world’s dates come from: 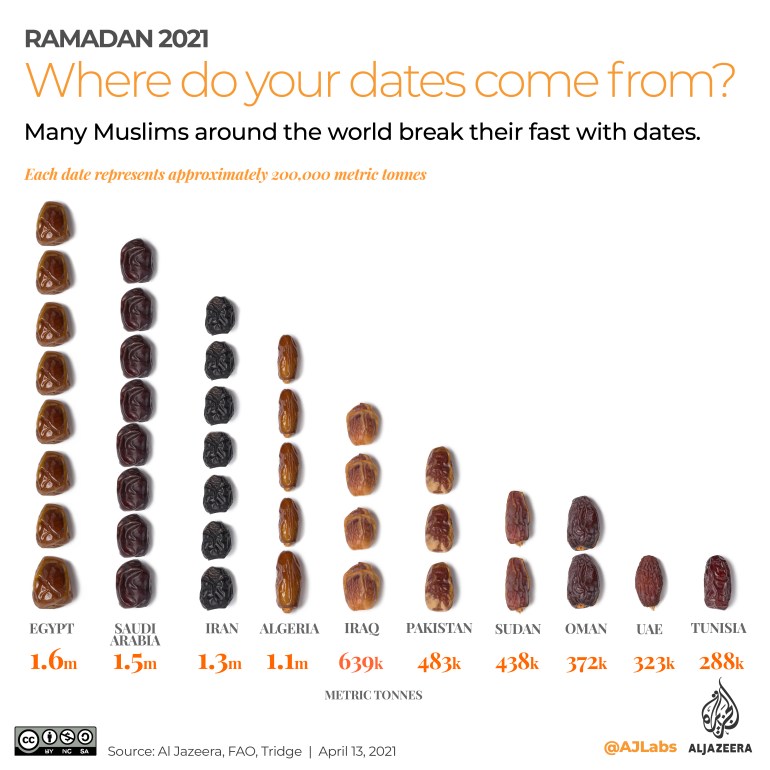 Dates have been cultivated for thousands of years. Date palm trees are either male or female, with only the female plant producing fruit.

The Ajwa date, which grows in Medina, Saudi Arabia, is the most expensive date in the world. 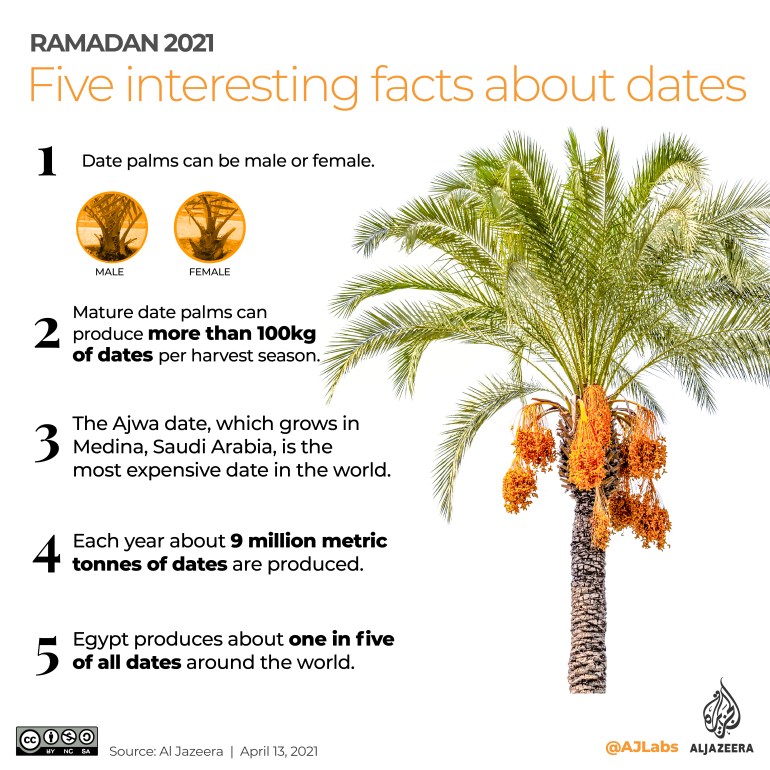