Democratic Republic of Congo’s Prime Minister has announced a new cabinet, completing a government overhaul by President Felix Tshisekedi that strengthens his hold on power.

The new government is a further blow to Tshisekedi’s predecessor and former coalition partner, Joseph Kabila, who stepped down in January 2019 but maintained control of key ministries, the legislature, judiciary and security services.

The president had in February named the head of state-owned mining giant Gecamines, Jean-Michel Sama Lukonde, as prime minister to succeed Sylvestre Ilunga Ilunkamba, who was forced out after a coalition between supporters of Tshisekedi and Kabila broke down.

The new government, dubbed the “Sacred Union of the Nation”, counts 57 members including 14 women, according to a presidential decree read out over state broadcaster RTNC by the presidential spokesman, Kasongo Mwema.

Prime Minister Sama Lukonde said the new team’s priorities would include security, infrastructure and electoral reform in the poor but resource-rich country.

“The size of the government has been reduced, women’s and young people’s participation has been taken into account. Principles of representation and inclusivity have been upheld,” he added.

Figures from the anti-Kabila opposition have been named to key posts, including environment minister and deputy prime minister Eve Bazaiba of the Movement for the Liberation of the Congo (MLC).

The new foreign minister is Christophe Lutundula, close to Moise Katumbi, a former governor of Katanga province who himself attempted to challenge Kabila in a 2018 election.

DR Congo’s leadership crisis arose from elections in December that year that led to the first peaceful transition of power in the former Belgian colony’s history.

Tshisekedi, the son of a veteran opposition leader, was declared the winner but was forced into a governing coalition with Kabila supporters, who at the time wielded a huge majority in parliament.

Tensions boiled over when Tshisekedi declared that power-sharing was blocking his agenda for reform, vowing to seek a new majority in parliament.

In a series of moves, he won over many Kabila legislators, gaining the perceived support of almost 400 out of 500 members of the National Assembly.

The new majority enabled him to force out Ilunga as well as the pro-Kabila speakers of both houses of parliament. 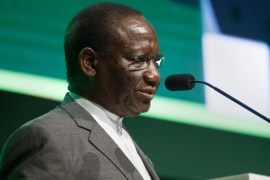 The move enables President Tshisekedi to appoint his own PM supported by a new parliamentary majority. 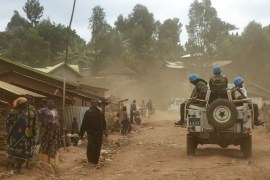 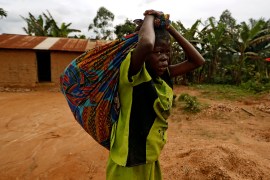 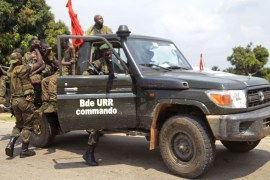 Some 60 people arrested in eastern city as protesters accuse the UN peacekeepers of failing to prevent rebel attacks.