India has reported 72,330 new COVID-19 infections, the highest since October 11, data from the health ministry showed, as the vaccination programme was opened to people above 45.

The world’s third worst-hit country on Thursday reported 459 deaths in the past 24 hours, taking the total to 162,927, the data showed. India’s overall caseload stood at 12.22 million.

As infections surged, India on Thursday also widened its inoculation programme to include people above the age of 45 as the world’s second most populous country aims to immunise 400 million people after expanding the programme.

The drive, launched in January, so far was restricted to front-line workers, the elderly and those suffering from other health conditions, unlike some richer countries that have made all their adults eligible to get inoculated.

Anxious people lined up early at New Delhi’s Max hospital to get shots of the Oxford-AstraZeneca vaccine produced by the Serum Institute of India, the world’s biggest maker of vaccines.

“We have been saying from the beginning, everywhere and on social media, that please open up the vaccination programme, let everyone get it and be free from tension,” said Madhav Singh Rathore, 53, a salesman at a clothes store, who sat among a line of people waiting to get the injection.

Health Minister Harsh Vardhan tweeted that there would be no vaccine shortage in the country as it opens up the vaccination programme.

Adding to the pressure on the government, the daily rise in cases has quadrupled in the space of a month as most of India has reopened for business and travel curbs have been lifted.

“The situation is going from bad to worse” VK Paul, the top COVID-19 adviser to Prime Minister Narendra Modi, said this week.

Despite the second wave of infections, hundreds of Hindu devotes on Thursday gathered on the banks of the river Ganges in the northern town of Haridwar to take a holy dip on the first day of a month-long Kumbh Mela, or the pitcher festival.

“Mother Ganga will protect us and destroy all the negative impact of COVID-19 in the world. However, we should be cautious and take precautions,” said Sunanda, a devotee.

Local authorities have said anyone coming from the 12 states where cases are rising will have to produce a negative COVID-19 test before being allowed to bathe in the river.

India has so far injected 64 million doses in its population but exported nearly as many ones. This has drawn criticism at home as India’s per-capita vaccination figure is much lower than many countries.

The country is currently using the AstraZeneca vaccine and a shot developed at home by Bharat Biotech, which is struggling to step up supplies. India’s drug regulator is soon expected to approve Russia’s Sputnik V vaccine. 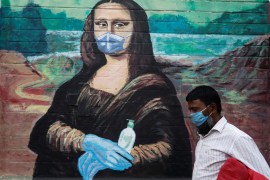 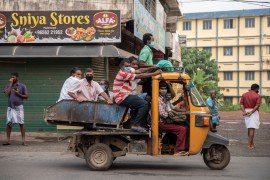 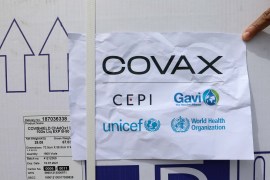 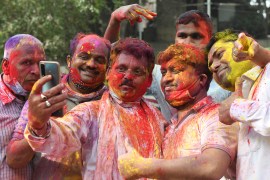