A senior Chinese official says the changes to Hong Kong’s election rules that China’s rubber-stamp parliament is expected to pass this week are necessary to “close obvious loopholes and deficiencies” in the city’s political system and “protect” the city’s international role.

The National People’s Congress (NPC), is expected to approve a resolution on Thursday that will reduce democratic representation in Hong Kong institutions and evaluate any candidates on their “patriotism”.

The measures will tweak the size and composition of the territory’s legislature and the electoral committee that selects the chief executive to tilt the balance even further in favour of pro-Beijing figures. The committee will also be given powers to select many legislators.

It was “solely China’s internal affair on how to design and improve the system,” Deputy Commissioner of China’s Ministry of Foreign Affairs in Hong Kong Song Ru’an told reporters, adding that “destabilising forces” had taken advantage of “loopholes” in the past.

Critics have condemned Beijing’s planned changes to the electoral system – nine months after the NPC approved a sweeping national security law under which dozens of pro-democracy politicians and activists have been detained – as the end of democracy in the former British colony, whose mini-constitution states universal suffrage as its ultimate goal.

Hong Kong Chief Executive Carrie Lam, who attends the NPC, again defended the changes on Tuesday, telling Chinese state media broadcaster CGTN that the move would ensure “only patriots” would have the chance to govern the territory.

Lam said the change was “not about eradicating” individuals who have “certain political positions”, but to make sure that the city’s leaders “could fulfil the standards of being a patriot.”

Lam listed three requirements for candidates to qualify, including safeguarding “the long-term prosperity and stability of Hong Kong” and believing in Beijing’s “exercise of sovereignty” in the city.

On Monday, Lam had also said that she could not rule out another delay in the Legislative Council elections, which were originally supposed to take place in September last year but were delayed because of the pandemic.

Pro-democracy candidates swept the board at the last district council elections in November 2019.

Lam has presided over the most tumultuous period in Hong Kong’s post-colonial politics after millions took to the streets in peaceful marches in 2019 to show their opposition to her plan for an extradition treaty with the mainland. Those marches developed into protests for more democracy, which sometimes ended in violence with riot police deploying tear gas and other measures to disperse crowds and arresting thousands.

Hong Kong returned to Chinese rule in 1997 with a guarantee that its wide-ranging autonomy and freedoms would be protected for at least 50 years.

The changes to the electoral system follow a series of moves by Beijing to assert its control over the restive city and set it on an increasingly authoritarian path.

Song says China wants to create a new “democratic” electoral system, which will “fully respect” the public’s democratic rights. He did not elaborate. 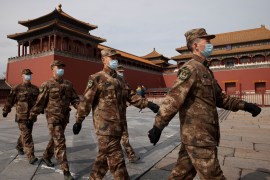 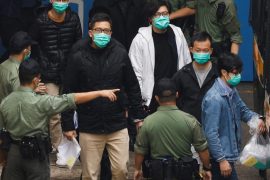 Activists accused of organising unofficial poll that authorities said was part of a plan to ‘overthrow’ government. 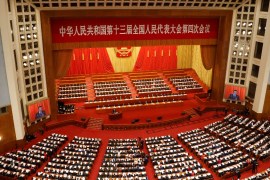