International Criminal Court judges have awarded $30m in reparations to victims of crimes for which a Congolese rebel leader was convicted, with those victims including child soldiers and survivors of rape and sexual slavery.

The judges said Bosco Ntaganda did not have the resources to pay the compensation himself. Instead, they asked the tribunal’s own Trust Fund to help set up and finance vocational and other programmes to support victims of his crimes.

Ntaganda, known as “The Terminator”, was convicted in 2019 on 18 counts of crimes against humanity and war crimes and sentenced to 30 years’ imprisonment for his role in atrocities during a bloody ethnic conflict in a mineral-rich region of Congo in 2002-2003. Hundreds of civilians were killed and many thousands forced to flee during the fighting.

Judges said they were “collective reparations with individualised components” for victims, with the number of eligible victims possibly topping 100,000.

“In light of the circumstances of the case and bearing in mind the rights of the convicted person, the chamber set the total reparations award for which Mr Ntaganda is liable at $30 million,” the court said in a statement.

Hundreds of civilians were killed and many thousands forced to flee during the fighting. Ntaganda has appealed his convictions and sentence.

As Ntaganda could not pay, “the Chamber encourages the Trust Fund for Victims to complement the reparation awards to the extent possible and engage in additional fundraising efforts as necessary to complement the totality of the award,” said judge Chang-ho Chung.

In 2020 the fund, which relies on voluntary contributions, had around 18 million euros ($21m) in reserves and much of that was already pledged in other cases.

However, the court said that Ntaganda “remains liable” and said it will “continue exploring whether Mr Ntaganda possesses any undiscovered assets and monitoring his financial situation”.

In a written statement, the Trust Fund called the ruling “an important step in responding to the long-lasting harm that victims in this case have suffered”. 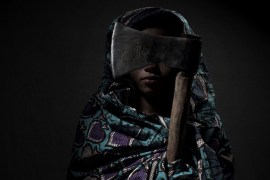 In the Democratic Republic of the Congo, rape is widely used as a weapon of war against women, men and children. 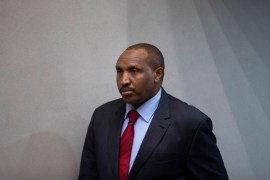 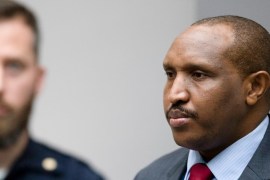 Ntaganda, known as ‘The Terminator’, was found guilty of war crimes in DRC’s Ituri, including murder and sexual slavery. 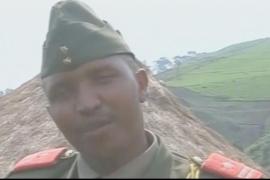