Tehran, Iran – Nazanin Zaghari-Ratcliffe, a British-Iranian national held in Iran on spying charges, has had her electronic tag removed as her five-year prison sentence ended, according to her lawyer – but it remains unclear whether the 43-year-old will be able to leave Iran.

Hojjat Kermani told local Emtedad News on Sunday that Zaghari-Ratcliffe, who has spent the past year under house arrest in Tehran after being taken out of prison in March 2020 due to the coronavirus pandemic, had been summoned again to court on another charge.

Kermani said Zaghari-Ratcliffe has been accused of engaging in “propaganda against the system” for participating in a gathering outside Iran’s embassy in London following the 2009 disputed election results and giving an interview to BBC Persian.

She is due to appear in court on March 14, the lawyer added.

“We welcome the removal of Nazanin Zaghari-Ratcliffe’s ankle tag, but Iran’s continued treatment of her is intolerable,” he said on Twitter. “She must be allowed to return to the UK as soon as possible to be reunited with her family.”

We welcome the removal of Nazanin Zaghari-Ratcliffe’s ankle tag, but Iran’s continued treatment of her is intolerable. She must be allowed to return to the UK as soon as possible to be reunited with her family

Zaghari-Ratcliffe was arrested in 2016 after coming to Iran with her young daughter to visit family. She was accused of spying and attempting to overthrow Iran’s government, allegations she has denied.

Her arrest and incarceration deepened a political rift between Iran and the United Kingdom, which has repeatedly called for her immediate release.

Rights groups and Western officials have said her case is one of several instances of Iran arbitrarily detaining foreigners on trumped-up charges in order to use them for political leverage.

Iran, which does not formally recognise dual nationality status, denies engaging in this practice, arguing that cases of Iranian citizens are domestic issues decided by an independent judiciary.

Zaghari-Ratcliffe was working as a project manager for the Thomson Reuters Foundation, the charity arm of the news agency, at the time of her arrest at Tehran’s Imam Khomeini airport.

She was then moved to Evin Prison in the capital, where she also spent time in solitary confinement.

Iranian authorities had previously twice raised the possibility of levelling new charges against her, once in 2017 and again in September 2020.

Her husband, Richard Ratcliffe, has said her case is related to a decades-long debt the British government owes Iran.

The sum dates back to before Iran’s revolution in 1979, when the late shah had made a purchase of chieftain tanks for 400 million British pounds – now worth more than $550m – that was never delivered. 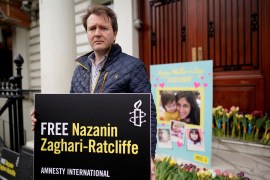 Nazanin Zaghari-Ratcliffe’s sentence ends on March 7, but her husband does not believe she will be back in the UK soon. 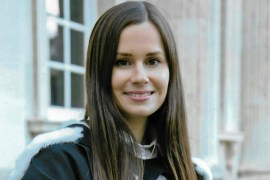 Sydney Morning Herald says British-Australian academic was arrested after Iran found out her partner was Israeli. 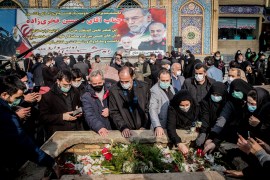