The Nigerian army freed 14 crew from a Chinese fishing boat from their pirate kidnappers on Saturday, after a month in captivity.

Lieutenant Colonel Mohammed Yahaya told AFP news agency a ransom of $300,000 was paid before the crew were freed.

The Chinese fishing boat, registered in Gabon, was seized using high-speed boats off the Gabonese port of Port-Gentil on February 7 and the crew – six Chinese nationals, three Indonesians, a Gabon national and four Nigerians – kidnapped.

The boat, with the crew still on board, was spotted some 110km (68 miles) from the Nigerian island of Bonny a few days after the attack.

Maritime security consultants Dryad Global said the hijacked Chinese boat was used as a “mothership” for attacks on oil tankers.

Attacking ships to kidnap their crew for ransom has become common in the Gulf of Guinea, which runs from Senegal to Angola, taking in the southwest coast of Nigeria.

The perpetrators are usually Nigerian pirates.

The Gulf of Guinea accounted for more than 95 percent of all maritime kidnappings last year – 130 out of 135 cases – according to the International Maritime Bureau (IMB), which monitors security at sea.

The region witnessed a 40-percent increase in cases related to piracy and kidnapping during the first nine months of 2020, according to the IMB.

Experts point to Nigeria’s Niger Delta as a major source of recruitment for pirates. The region’s oil riches do not benefit the local population who also find their traditional economic sectors of fishing and farming wrecked by pollution from oil extraction.

Beset by poverty, the local population is fertile ground for pirate gangs to recruit foot soldiers and to hide out between forays. 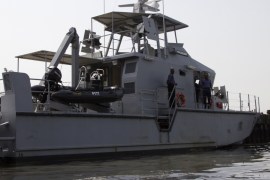 Maritime piracy increases business costs in the Gulf of Guinea

The cost of maritime piracy in West Africa was more than $800m in 2017: Oceans Beyond Piracy 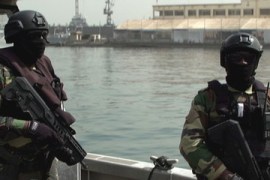 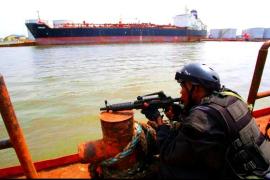 The largest gathering of African maritime officials ends with promises of cooperation to tackle piracy in the Gulf of Guinea.