London, United Kingdom – Nazanin Zaghari-Ratcliffe’s husband has said he is “sceptical” she will be able to return to the United Kingdom soon, despite her prison sentence in Iran entering its final few days.

Zaghari-Ratcliffe, a British-Iranian woman, was arrested in March 2016 at Tehran’s Imam Khomeini International Airport while travelling back to the UK, accompanied by her young daughter at the end of a visit to her parents’ home in Iran.

The 43-year-old was later convicted of espionage and plotting to overthrow the Iranian government – charges she has consistently denied – and was imprisoned in the capital’s Evin Prison.

Her six-year-old daughter Gabriella returned to London in 2019, having lived with her grandparents in Tehran for three years.

Zaghari-Ratcliffe’s five-year sentence, the past year of which she has been serving under house arrest because of concerns over the spread of coronavirus in Iran’s prisons, is due to end on Sunday, March 7.

But Richard Ratcliffe, her husband, said he feared another “false dawn” in her case. Previous hopes of an early release have been repeatedly dashed.

As of Thursday, he said, there had been no official confirmation from British or Iranian authorities that she will be released on Sunday and able to return to the UK.

“If she was going to be getting on a plane [back to the UK], I would have hoped to have some indication that that might be a possibility by now,” he told Al Jazeera.

“So no news is bad news, I think, at this stage. The lack of clarity just means I am getting more nervous about whether she will be coming out on Sunday.”

Ratcliffe said “three things” need to happen for his wife to return to their family home in London – removing the ankle tag she wears under house arrest; being handed her passport back and receiving permission to leave Iran.

“Those could all be drawn out separately,” Ratcliffe said. “So right now, she’s very anxious … We’ve lost five years of our life already to this dispute.

“And I think it would be a miracle if she came out on Sunday.”

Ratcliffe has been increasingly outspoken as he campaigns for his wife’s release.

This week, he said that UK officials’ efforts to resolve her case have abjectly failed, as he blasted her imprisonment as a “blot on British diplomacy” in an interview with the UK’s Press Association news agency.

He told Al Jazeera the UK’s Foreign, Commonwealth and Development Office (FCDO) needed to “get tougher” with Tehran.

“There has to be a cost to inertia,” Ratcliffe said. “Otherwise, the Iranian government can wait a long time … governments have got an awful lot more patience than ordinary people living their lives.”

An FCDO spokesperson told Al Jazeera that it was continuing to “provide support” to Zaghari-Ratcliffe and her family.

Iran does not recognise dual nationality.

At the time of publication, the Iranian embassy in the UK had not responded to Al Jazeera’s request for comment.

“We’ve had a series of false dawns, March 7 may well be another false dawn … but one day there will be a dawn, it’s not eternal night.”

Rights group Amnesty International, which last month launched a “countdown to reunion” campaign for Zaghari-Ratcliffe, called on Iran to confirm that preparations were “actually under way to facilitate Nazanin’s release” and return her to the UK.

“We’ve always said Nazanin should never have been jailed in the first place, but the important thing now is that she’s released very soon and is immediately able to be reunited with her husband and daughter in the UK,” said Kate Allen, Amnesty International’s UK director.

“Nazanin has suffered a lot during this lengthy ordeal, but we’re within days of the finishing line.” 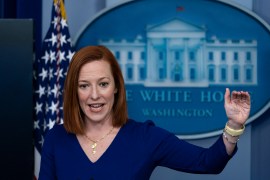 White House says a ‘measured’ military response is on the table, if it serves US interests in the region. 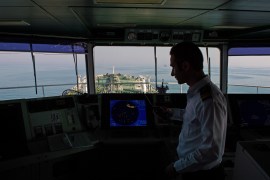 The National Iranian Oil Co reached out to five refiners in Asia for possible business deals if the US lifts sanctions. 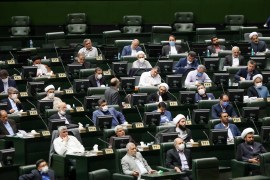 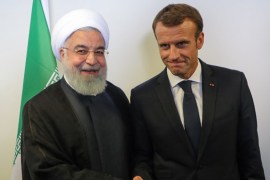