Tehran, Iran – Iranian authorities are engaged in a large-scale operation across several provinces in southern Iran to battle swarms of migratory locusts that threaten billions of dollars worth of food in farmlands at a critical time for the country.

Large waves of yellow-coloured desert locusts, which are regarded as some of the most destructive migratory pests in the world, have travelled to Iran from the Arabian Peninsula for a third year in a row.

At least seven provinces towards the south and west of Iran are now actively fighting the insects, according to authorities, a number that could grow to 13 of Iran’s 32 provinces.

Saeed Moein, the head of Iran’s Plant Protection Organization (PPO), said earlier this week he expects to battle locusts in as many as 600,000 hectares (1.5 million acres) of land by mid-summer.

The PPO, he said, has already distributed 150 billion rials ($3.6m) among provinces to fight the locusts and has requested a further 1 trillion rials ($24m) from the government that is expected to be approved in April.

The operation, which is expected to last until September, has also been affected by high wind speeds and decreased rainfalls in recent days.

“In recent years, desert locusts have had a widespread and disastrous invasion to the country’s southern parts, which have done massive damage to the agriculture sector, natural resources, and the environment,” said PPO deputy Masoud Latifian earlier this week.

Iranian officials have had to enlist the help of the military in battling the swarms in the past two years. There have been no reports of the military being called for the operation to combat swarms so far this year.

The locust swarm comes as Iran is increasingly relying on its agriculture sector to boost an economy that has been ailing under Unites States sanctions for the past three years, and was dealt a new blow from the COVID-19 pandemic last year.

Authorities, however, say the Iranian economy is no longer contracting, partially due to a strong contribution by the agriculture sector as oil exports lag.

Last year, India, which has been dealing with the same problem, proposed a regional cooperation plan with Iran and Pakistan to combat the locusts.

New Delhi has so far delivered two shipments of pesticides to Iran. The first shipment of 20,000 litres of pesticide was delivered in June 2020 while Iran received the second, in the same amount, earlier this month just before Nowruz – the Iranian new year that marks the beginning of spring. 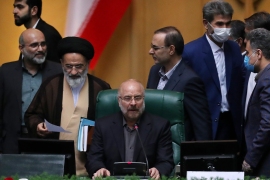 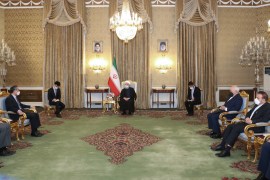 Deal signed in Tehran is expected to increase bilateral trade and military cooperation as US rivals move to deepen ties. 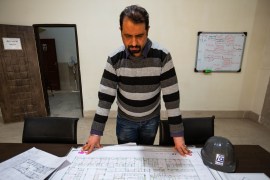 As one of Tehran’s oldest hospitals reaches capacity during the pandemic, the urgent construction of a new ward begins.